Film When You Can’t See What I Saw 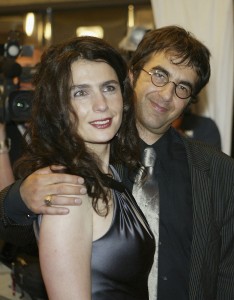 Two contenders for my ten-best list this year are Pere Portabella’s Warsaw Bridge (1990), shown recently in the  Portabella (pdf, pp. 81-108) retrospective at the Gene Siskel Film Center, and Atom Egoyan’s Citadel, a very personal essay film that he recently showed at Doc Films. Neither film has (yet) any sort of distribution, and it’s not clear that this is going to change anytime soon. Both are entirely under the control of their makers, and they want to keep it that way, preferring not to turn these films over to distributors —- for a variety of reasons in each case. [November 2014: Warsaw Bridge is now available in the Pere Portabella box set, available from Spanish Amazon; Citadel remains unavailable.]

But here’s a question: am I being rude and inconsiderate if I cite these films on my ten-best list knowing that most people can’t see them? How much should my position as a critic be ted by my function as a consumer guide? I’d like to imagine that we’re all sufficiently grown-up to realize that we can’t expect instant gratification in fulfilling all our wishes about what we see next, and that it’s even desirable to think and dream about films that we can’t yet see. But I’m not sure how many of my readers agree with this proposition.