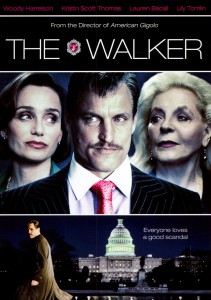 “Has there ever been a good Paul Schrader film?” a colleague asked me on my way into the press screening for this feature, the director’s 16th. I haven’t seen quite all of them, but I couldn’t come up with a single title, even though some have their compensations (Patty Hearst, Light Sleeper). As does this weak thriller, about a gay southern dandy (Woody Harrelson) who escorts aging society ladies around Washington, D.C., and becomes the prime suspect when the lover of one gets murdered. The main compensation is Harrelson’s well-judged and finely shaded performance; the secondary ones are the ladies he hangs out with — Lauren Bacall, Lily Tomlin, and Kristin Scott Thomas. But the rest of this mainly drifts. R, 107 min. 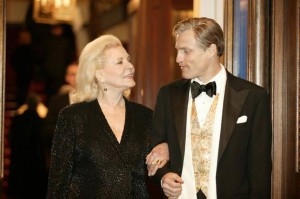 Ang Lee’s follow-up to Brokeback Mountain is a surprisingly monotone and overextended period spy drama set in Japanese-occupied Shanghai in 1942 and Hong Kong a few years earlier; the mainly inexpressive cast (Tony Leung Chiu-wai, Tang Wei, Joan Chen, Wang Leehom) specializes not only in stiff upper lips but stiff lower lips as well. Based on a short story by Eileen Chang, this tale of a college student (Tang) who joins the resistance and sets herself up as sexual bait to help assassinate a wealthy Chinese collaborator (Leung) disappoints even in its incidentals (the fancy clothes and the settings pale beside those in period efforts by Stanley Kwan and Wong Kar-wai), and the bursts of sex and violence that earned this picture an NC-17 rating offer only temporary respite from the encroaching dullness. In English and subtitled Cantonese, Japanese, Mandarin, and Shanghainese. 157 min. (JR)… Read more »

Directed by Maria Finitzo, this excellent Kartemquin Films documentary profiles Dr. Jack Kessler, a stem cell expert at Northwestern University whose work is motivated partly by a desire to regenerate the damaged spinal cord of his teenage daughter. Finitzo’s long-term investigation widens to include other patients with spinal-cord damage and their everyday ways of coping, as well as a couple of Kessler’s graduate assistants as they follow up on lab experiments. What emerges is a multifaceted unpacking and demythification of a loaded subject. 90 min. (JR)… Read more »

I Want Someone To Eat Cheese With

The hapless overweight hero played by Jeff Garlin in this mild but likable Chicago comedy lives with his doting mother, works at Second City, won’t budge from his perfect parking place across from Wrigley Field, and hasn’t gotten laid in a long time. So his hopes are lifted when he meets a racy and kooky ice cream parlor waitress (Sarah Silverman). Meanwhile, he’s miffed that he can’t even get a tryout for the lead in a remake of Martya movie that he thinks describes his life, though he seems to forget that Ernest Borgnine played a butcher in that film, not an actor. The story ultimately lands in incoherence; but the cameos and local details, and even some of the gags, keep it perky. R, 80 min. (JR)… Read more »

In this 50-minute political documentary (1974) by Catalan filmmaker Pere Portabellamade the year before Franco’s death, on the same night that the militant anarchist Salvador Puig Antich was executedfive former political prisoners, four men and a woman, whose combined prison terms lasted over 50 years, are seen meeting over a meal in a Catalonian farmhouse (the title means The Supper in Catalan) to discuss political strategies and the effects their prison terms have had on their political commitments. This is mainly a political and historical document, but just as Portabella’s more experimental films (Cuadecuc-Vampir, Umbracle, Warsaw Bridge) are never entirely divorced from politics, this political film has its own formal concerns, most of them related to camera movements and sound recording, as well as the pregnant silences that eventually overtake the conversation. In Catalan and Spanish with subtitles. (JR)… Read more »