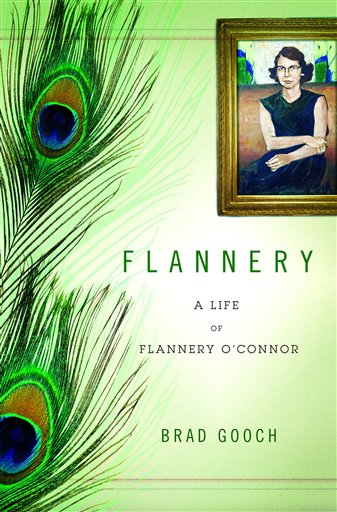 So far, I’ve basically been reading in and around this book rather than reading it, so I can’t with a clear conscience make it “recommended reading”, at least not yet (something I can do for Wendy Lesser’s astute and very thoughtful review of it in a recent Bookforum). I can, however, pick a bone with what I consider a couple of significant omissions: neither the names “Nathanael West” nor “Stanley Edgar Hyman” appears in the Index. The latter, who wrote a superb monograph on O’Connor that was published in 1966 (no. 54 in the University of Minnesota Pamphlets on American Writers), argues rather persuasively (on p. 43) that the “writer who most influenced [O’Connor], at least in her first books, is Nathanael West. Wise Blood is clearly modeled on Miss Lonelyhearts (as no reviewer noticed at the time),” and then goes on to cite four examples of her prose that amply bear this out: “Hazel Motes has a nose `like a shrike’s bill’; after he goes to bed with Leora Watts, Haze feels ‘like something washed ashore on her’; Sabbath Lily’s correspondence with a newspaper advice-columnist is purest West; and all the rocks in Wise Blood recall the rock Miss Lonelyhearts first contains in his gut and then becomes, the rock on which the new Peter will found the new Church.” (For further corroboration, there’s a favorable comment by O’Connor about West’s The Day of the Locust in a  1949 letter she wrote to a close college friend.) Significantly, Joyce Carol Oates’ mainly disappointingly routine review of the Gooch biography in the New York Review of Books briefly sparks some interest in its last three paragraphs when she deals with O’Connor as a “caricaturist” whose writing resembles “cartoon art”—a trait that clearly links O’Connor to West (although Oates doesn’t mention him).

Hyman also cites Mark Twain as a major influence and adds that the European writer she “most profoundly resembles (in method, not in scale) is Dostoevski”—neither of whom incidentally can be found in the index of Gooch’s biography either. [3/20/09]