On Robin Wood’s TRAMMEL UP THE CONSEQUENCE 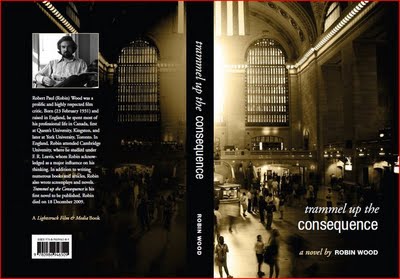 Now that I’ve finally read Robin Wood’s fascinating posthumous novel, an odd thriller involving amnesia, I’m pleased to report that it’s much better than I expected it to be, both as a page-turner and as what I would describe as a critic’s novel — even though the latter quality only became fully clear to me in the book’s closing pages.

The story as a whole can be described as a shotgun marriage or as a conversation — or perhaps as some of both — between a model of prose fiction that is literary, high- modernist, and intellectual and another model that is nonliterary, populist, and nonintellectual. These models and positions are represented by the novel’s two leading characters, a man and a woman respectively, the latter of whom is the story’s principal narrator and thus represents Wood’s own preferred position. It would be difficult to say much more about this without introducing spoilers — an especially heinous crime according to the nonintellectual model, and one that should clearly be avoided when it comes to the gradual revelations in this plot — but the degree to which the story as a whole represents a running debate between these positions reflects many of Wood’s own positions and tastes as a critic, which ran all the way from modernist art films to exploitation horror films — both of which are reflected, in different ways, in Trammel Up the Consequence.

As John Anderson’s helpful Introduction to the novel notes, anyone reading the novel “will certainly not think of beautiful prose,” and a quotation from an application by Wood for a writer’s grant clarifies that this was a very conscious decision on Wood’s part: “I am trying, as a writer of fiction, to reach a wide audience (rather than a bourgeois elite), using the modes of popular fiction to encompass radical ideas about our culture….I am not trying to write ‘beautiful prose’.” Consequently, although the examples of both Alfred Hitchcock and George Romero lurk behind the plot and its unraveling, and the first of these influences is openly acknowledged at many junctures, Wood ultimately comes down more on the side of Romero in some of his shock tactics.

This is only one of the more striking polarities in this novel (along with England and the U.S., and gay sex and “straight” sex), but it’s one that, in retrospect, is central to Wood’s criticism. Consider, for instance, the fact that his two short books in the BFI Classics series were on Rio Bravo and The Wings of the Dove. Even though I must confess that I detest the film of The Wings of the Dove (which strikes me as a very middle-class betrayal and misunderstanding of the Henry James novel, although Wood obviously didn’t see it that way), it seems to me that Wood’s valuing of that film had a lot to do with his notion of “popularizing” the high modernism of late Henry James in some fashion. And in this novel, it might even be said that Daphne du Maurier triumphs in certain ways over T.S. Eliot.

Although there’s much more to be said about Trammel Up the Consequence, it obviously needs to be read and recognized. Below is a press release from Gary McCallum with information about how to order the book (which can’t currently be found in more mainstream outlets such as Amazon, even in Canada):

If you wish to order a copy please send a cheque or money order payable to Gary McCallum to the address below. The cost of the book is $19 (the value of U.S. and Canadian dollars are so close I am not going to distinguish between them) plus the cost of mailing.

The cost of shipping and packaging is as follows:

If you have any questions, please feel free to contact me. Thank you. GM 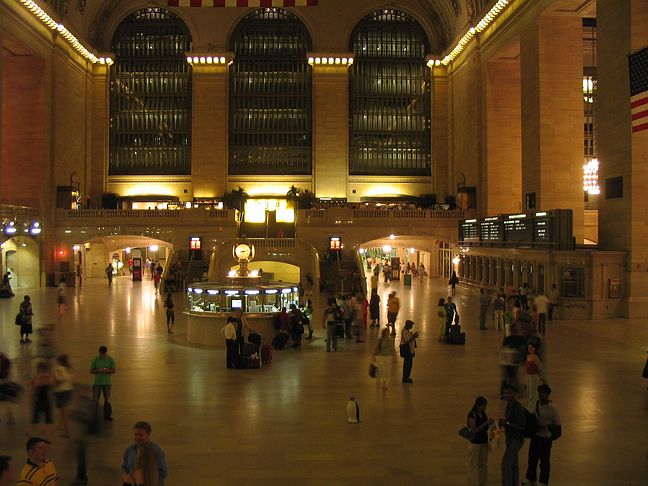 This entry was posted on Wednesday, August 17th, 2011 at 1:34 am and is filed under Notes. Follow the comments through the RSS 2.0 feed. Both comments and trackback are closed.