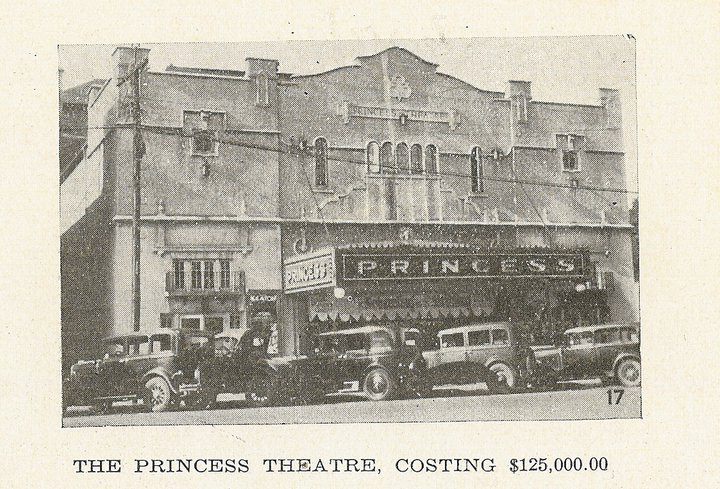 I’m terrible when it comes to dating cars from any period, especially during the early part of the 20th century. According to my memoir Moving Places: A Life at the Movies (1980), which I researched pretty thoroughly back in the late 1970s, “The Florence Princess, an $85,000 Opera House, [opened] triumphantly on Labor Day, September 1, 1919″ (see pp. 180-181 in the book for more details). But according to this newspaper photo — which I don’t recall ever having seen before, posted by Betty Terry on “Remembering Florence” (a Facebook page) last November — it cost $40,000 more than that; and according to a news clipping that went with it (see below), which she posted about a week later, it opened, apparently in some other form, in 1925. An abiding mystery…but of course we can never get very far by believing what’s printed in newspapers, then or now, even when that’s all we have left. Because newspapers are largely generated and sustained by advertising, and it’s typically the job of advertising to make things sound brand-new even when they’re simply or merely upgraded.  [1/16/2012] 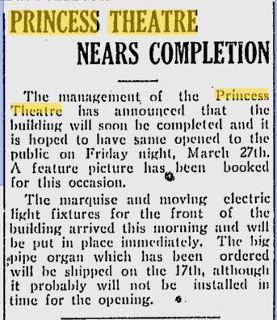 Unforgivable
(André Téchiné, France)
Téchiné’s best films (Wild Reeds, My Favorite Season, Thieves, Unforgivable) have two major signifying traits: all the characters are major fuck-ups, and the co-writer-director loves them all equally. Some of those in his latest film, set in and around Venice, include a macho novelist (André Dussollier), his flighty daughter (Mélanie Thierry), his real-estate agent and subsequent wife (Carole Bouquet), and one of her former lovers, a detective (an especially memorable Adriana Asti), whom he hires to go looking for his daughter. The multiple crisscrossed emotions and lives are every bit as intricately and beautifully plotted and tracked as those in Thieves.—Jonathan Rosenbaum… Read more »