On a Particular Literary Blind Spot 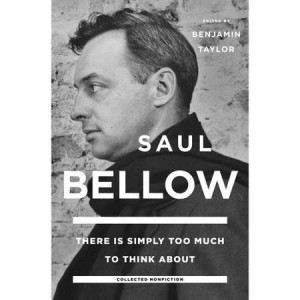 I’m very glad that I recently purchased Saul Bellow’s collected nonfiction — a handsome, interesting, and useful book, even if I tend to regard Bellow as the most overrated of all the “major” contemporary American novelists (certainly talented and smart, but not terribly interesting when it comes to formal inventiveness). And among the many valuable discoveries to be made here is the fact that Bellow served as a film critic for the magazine Horizon in 1962-1963, a stint which yielded four separate columns –  on Morris Engels’ Lovers and Lollipops, on Luis Buñuel’s Viridiana, and two think pieces, “The Mass-Produced Insight” (which quotes from his pal Manny Farber) and “Adrift on a Sea of Gore” (mostly about Richard Fleischer’s Barrabas).

I was especially interested in Bellow’s appreciative remarks about Buñuel. But here is where the attentions of his otherwise careful editor,  Benjamin Taylor, come up woefully short. Listing some of the more notable items in Buñuel’s filmography, Bellow comes up with two very puzzling titles, The Roots (1957) [sic] and Stranger in the Room (1961) [sic]. The second of these, which he discusses in some detail, sounds like he might be thinking of La Fièvre Monte à El Pao (1959), while the first is most likely La Mort en Ce Jardin (1956). But Taylor clearly can’t be bothered to sort this out for us, so we don’t even know if these were authentic alternate titles that were misdated or compounded errors on Bellow’s part. Which makes the title of this collection especially apt. [9/1/15]