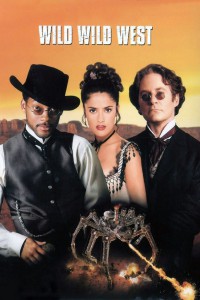 I never saw The Wild Wild West, a comic SF western series about two undercover agents working for President Grant that ran on TV from 1965 to 1970, but from the look of this sprightly spin-off it must have been pretty good. The director (Barry Sonnenfeld) and costar (Will Smith) of Men in Black join forces with Kevin Kline and half a dozen writers to yield an entertainingly offbeat blend of 19th-century science fiction and Hope and Crosby Road comedies (with Salma Hayek in the Dorothy Lamour part). The putative plot involves a mad scientist and Confederate sore loser reduced to an upper torso (Kenneth Branagh) who’s contriving to take over the United States with the aid of an 80-foot mechanical tarantula. Though the movie is as gadget happy as any Bond flick, the pictorial pleasures deriving from Bo Welch’s production design and Michael Ballhaus’s cinematography are central to its charms. This is even lighter stuff than Men in Black, but Sonnenfeld’s cheerful irreverence keeps it reasonable. (JR) 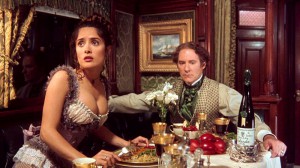