In Space, No One Can Hear You Sweat [Soderbergh’s SOLARIS]

From the Chicago Reader (November 29, 2002). Soberbergh’s Contagion confirms his bottomless cynicism, as well as the cynicism of those reviewers who seem to like him because he expresses their jaundiced views. I continue to find that same cynicism lethally dull and all too familiar. — J.R. 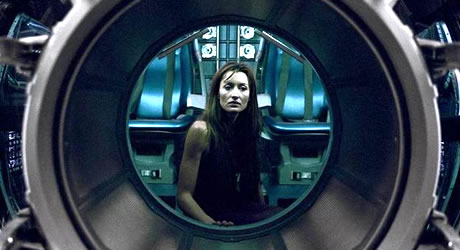 Directed and written by Steven Soderbergh

It’s easy to scoff at Monarch Notes, but before I quit graduate school in disgust I reached for them every time I thought a professor might be ruining a literary masterpiece for me — and vowed to read the work later, on my own time, for my own reasons. As a teacher, I also used them when I suspected a student of plagiarism, and they did help me spot an offender or two. But having read the outlines, I rarely read the works — the crib had robbed me of the desire.

If you haven’t seen Andrei Tarkovsky’s 1972 SF masterpiece Solaris, can’t see it Friday night, November 29, on Turner Movie Classics, and don’t want to watch the just-released DVD or wait for the Music Box’s rerelease in January, you might find Steven Soderbergh’s remake intriguing and compelling, because the story it tells is certainly haunting.… Read more »