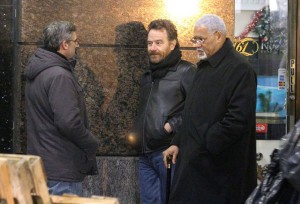 Having no desire to revisit the adolescent, macho-military hijinks of The Last Detail (1973) or read the Darryl Ponicsan novel on which it was based, I had some forebodings about this screen adaptation of Ponicsan’s 2005 sequel, even though the movie was cowritten and directed by the smart and resourceful Richard Linklater. Fortunately the movie belongs mainly to its fine lead actors — Steve Carell, Bryan Cranston, and Laurence Fishburne — playing buddies from the Vietnam war who reunite for a funeral in 2003 after one of them loses a son in Iraq. The movie asks whether Americans unable to share a country or a conviction can at least agree to share a symbol (whether it’s the Stars and Stripes or an unmerited military funeral), and even Linklater and Ponicsan seem divided and uncertain on the question. This has its moments, but it ends, like its characters, in sentimental confusion. — Jonathan Rosenbaum 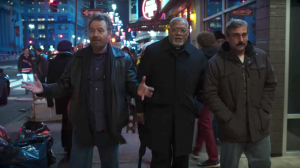