From the Chicago Reader (June 19, 1992). There’s a new DVD box set devoted to five Berliner documentaries, including this one, that’s recently come out. — J.R.

Directed and written by Alan Berliner. 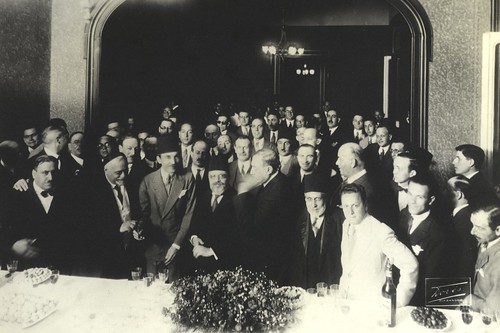 The subject of Alan Berliner’s remarkable hour-long documentary, showing Friday night at Chicago Filmmakers, is his maternal grandfather, Joseph Cassuto — a Jew born in Palestine in 1905 and raised in Egypt, where he started working for the Japanese Cotton Trading Company in his teens. He moved his family to Brooklyn in 1941, shortly before Pearl Harbor, and after the war spent nearly all his time — roughly 11 months out of every year — in Japan, until late 1956, when he transferred to the New York office. He died in 1974.

Considering Cassuto’s globe-trotting, it’s hard to imagine most Americans being interested in Intimate Stranger. It’s taken the better part of a year for it to reach Chicago, after premiering last fall at the New York film festival. After all, this is a country so uninterested in the rest of the world that the foreign policies of its presidential candidates barely seem to matter — and when they do matter, you can bet it’s the welfare of this country rather than the planet that’s at issue.… Read more »

Recommended Reading: CINEASTE on Film Criticism, Programming, and Preservation in the New Millennium 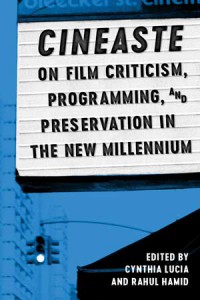 Can I help promote a collection of symposia, two of which I participated in, as well as several interviews ? Why not? This is fun to browse and useful as well as instructive to read. The symposia are conducted with exemplary breadth and thoroughness (the one on international film criticism, for instance,  takes in no less than twenty countries), and although the interviews are mostly with critics (Pauline Kael, John Bloom, Peter von Bagh, Mark Cousins), a good many programmers and film preservationists are also surveyed. Editors Cynthia Lucia and Rahul Hamid have done a careful and conscientious job and produced a very handsome book. Need I say more? [12/16/17]… Read more »