…and what about FOXTROT?

I face the same dilemma every year: multiple requests for lists of my favorite films of the year, all of them due before I’ve had a chance to see all the contenders. And it looks like the biggest casualty of this process in this year’s roundup has to be Samuel Maoz’s provocative, original, and creatively vexing (at once hilarious and devastating) Israeli feature, FOXTROT, which for me very easily surpasses many of the more popular favorites such as THREE BILLBOARDS… and NORMAN, which I find quite dull, unchallenging, and conventional in comparison. [12/27/17] 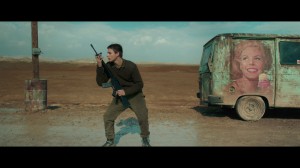 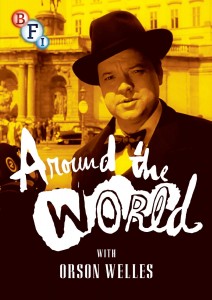 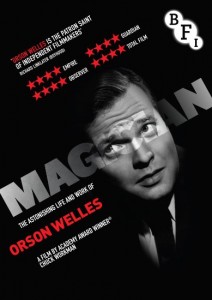 Two new British Film Institute digital releases related to Orson Welles, both due out later this month, arrived in my mailbox yesterday, the day after I submitted my Fall DVD column to Cinema Scope —Around the World with Orson Welles (1955) on Blu-Ray and Chuck Workman’s 2014 Magician: The Astonishing Life and Work of Orson Welles on DVD. In their very different ways, both are worthy items that are well worth having, which is largely why I’m posting something about them here. 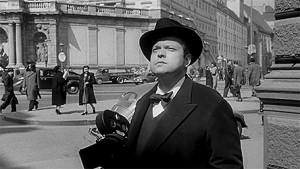 Around the World with Orson Welles is a shamefully neglected TV series directed by Welles of six half-hour episodes, made around the same time as Mr. Arkadin (for the same French producer, Louis Dolivet), with a remarkable range of topics including Basque culture (two episodes), Vienna coffee houses and pastry, the bohemian avant-garde in Paris (including a reading of Lettrist poetry: see still below), London pensioners, and the Spanish bullfight (with Mr. and Mrs. Kenneth Tynan as cohosts); a seventh episode — the first to be shot, but never completed — was an investigative crime report set in the French provinces, The Dominici Affair, and an English version of Christophe Cognet’s 52-minute, 2000 French documentary about this project is one of the two extras included.… Read more »