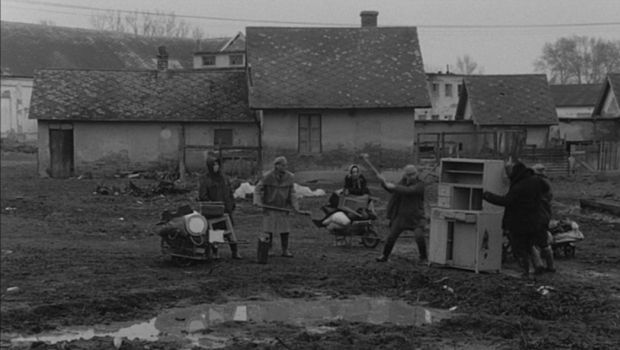 Many friends and colleagues have been moaning about what a bad year 1994 was for movies, but I disagree. The main issue, I think, isn’t so much how we feel about the same movies — though there are a few differences there, including in some cases where and when we happened to see them — as it is what we saw. If you’re lucky enough to be living in Chicago, you had loads of terrific movies to see last year, new as well as old, and if you didn’t see very many of them, it’s possible that you were looking in the wrong places — where the mass media was telling you to look. Because of their running times, my two favorite films, the seven-hour Satantango and the nearly 26-hour The Second Heimat, received only limited exposure, yet I refuse to accept the standard alibi of most critics who neglected to see them — that they were too difficult or esoteric for the general public. I found them easier to sit through and vastly more involving and pleasurable than such overhyped and overattended European monoliths as Germinal and Queen Margot, which to the best of my knowledge gave little enjoyment to most people.… Read more » 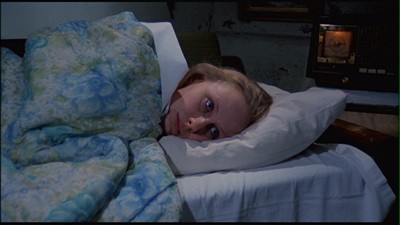 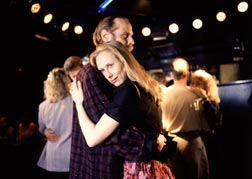 Here’s what Finnish writer-director Aki Kaurismaki has written about The Match Factory Girl:

“Suddenly, last spring, I was running aimlessly around the city, talking too much and twisting and shaking my head in the most ridiculous way.

“The next day I spent lying silently under my bed and hated myself bitterly. In revenge I decided to make a film that will make Robert Bresson seem like a director of epic action pictures.

“Later, I named this piece of junk The Match Factory Girl (Tulitikkutehtaan Tytto), as the name is long enough to be easily forgotten.”

A few glosses on the above:

(1) It’s typical of Kaurismaki, who’s given to dandy’s gestures, that we don’t know what he means by “revenge,” though we certainly know what the film’s mousy title heroine, Iris (Kati Outinen), means by it.

(2) The statement clearly asks to be read as a series of hip disclaimers: “running aimlessly,” “talking too much,” “twisting and shaking my head in the most ridiculous way,” “this piece of junk .… Read more »