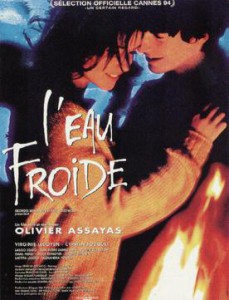 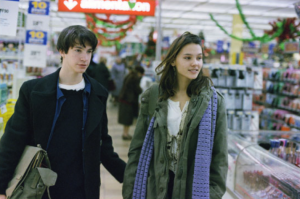 Not long before embarking on his comedy Irma Vep, Olivier Assayas directed this powerful 1994 feature about doomed teenage love as part of the excellent French TV series All the Boys and Girls in Their Time, in which various filmmakers (including André Téchiné, Chantal Akerman, and Claire Denis) dramatized stories set during their teenage years, scoring them with the pop music of the period. Assayas’s contribution, perhaps the most affecting in the whole series, takes place on the outskirts of Paris in 1972. (Having lived in France during that period, I can report that his grasp of its countercultural lifestyles is uncanny.) Virginie Ledoyen and Cyprien Fouquet are letter-perfect as two 16-year-old delinquents from broken homes — the former periodically sent to an asylum by her Scientologist mother and boyfriend, the latter raised by a single father (New Wave regular Laszlo Szabo) — and when they run away together, one can’t imagine that they have anywhere else to go. The beautiful and heartbreaking plot culminates in a party at and around a country house, and Assayas’s sustained treatment of this event — the raging bonfire, the dope, the music and dancing — truly catches you by the throat. The drifting, circling handheld camera of Irma Vep is equally in evidence here, moving among characters with the nervous energy of a moth, showing us their isolation as well as their moments of union. One of the key French films of the 90s. In French with subtitles. 92 min. (JR) 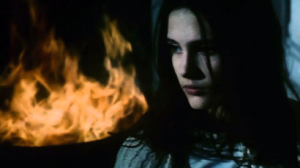