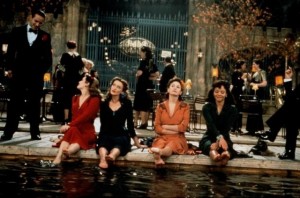 Whether Kenneth Branagh deserves to be regarded as the successor of Laurence Olivier — or even Franco Zeffirelli — when it comes to Shakespeare is far from settled, but this misguided version of one of the Bard’s best comedies strongly suggests he’s the successor of Ed Wood when it comes to musicals. Set in 1939, on the eve of World War II, his feeble attempt to do a 30s musical is so poorly conceived, staged, and edited that it nearly rivals Mae West’s last opus, Sextette. (Peter Bogdanovich’s reviled At Long Last Love is a masterpiece by comparison.) The only performer who emerges unscathed from the clunkiness is dancer Adrian Lester, and so many of Shakespeare’s lines are hacked away to make room for songs by Porter and Berlin that the play is enfeebled in the bargain. Others in the cast include Alessandro Nivola, Matthew Lillard, Natascha McElhone, Alicia Silverstone, Nathan Lane, Carmen Ejogo, Emily Mortimer, and Stefania Rocca. 93 min. (JR) 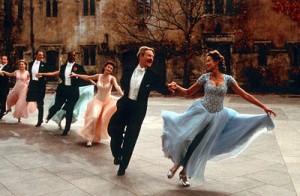