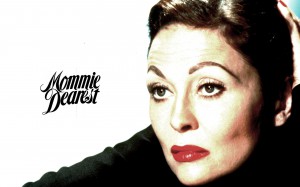 In spite of its reputation, and thanks in part to Faye Dunaway’s remarkable performance as Joan Crawford, this 1981 adaptation of Christina Crawford’s memoir about her driven, abusive mother is arguably too good to qualify as camp, even if it begins (and fitfully proceeds) like a horror film. Director Frank Perry, who collaborated with three others (including producer Frank Yablans) on the script, gives it all a certain crazed conviction. With Diana Scarwid, Steve Forrest, and, as Louis B. Mayer, Howard da Silva. PG, 129 min. (JR)