This was originally published in the January 22, 1988 issue of the Chicago Reader. — J.R.

Two or three days and nights went by; I reckon I might say they swum by, they slid along so quiet and smooth and lovely. — The Adventures of Huckleberry Finn 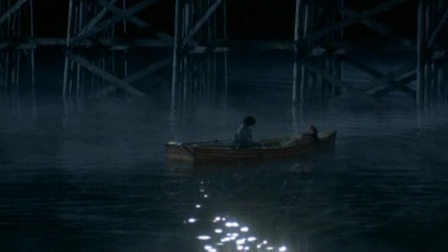 Marilynne Robinson’s novel Housekeeping is virtually defined by its slow, swirling rhythms, but one of the first things that is apparent about Bill Forsyth’s passionate, faithful film adaptation is that, as story telling, it starts out with a hop, skip, and jump; and although an idea of leisurely pacing is sustained throughout, the movie never dawdles, stalls, or grinds to a halt. Like the magical opening of Terrence Malick’s 1973 Badlands and the no less incandescent ending of his 1978 Days of Heaven –- two more films in which the heroine’s offscreen narration plays a musical role in the narrative structure -– the story unfolds with the combined immediacy and remoteness of a fairy tale. An elliptical stream of details and events spanning three generations flows by in minutes, without imparting any feeling of haste.… Read more »