From the Chicago Reader (September 1, 1999). I deeply regret never having had the opportunity to see this film a second time. If memory serves, Stracke once promised to send me a copy, but he never got around to doing so. — J.R.

This 1998 Caspar Stracke feature is one of the rare experimental films in 35-millimeter, and though I could preview it only on video, it kept me fascinated even in that format. Stracke describes it as moving in a circle with neither a beginning nor an end; in the version I saw, the credits come in the middle. A lecture on the philosophical and psychoanalytic implications of the invention of the telephone by theorist Avital Ronell eventually turns into a story in black and white about a woman who has a lotus blossom growing in her left lung; at different times this film comes across as documentary, essay, performance art, and silent throwback (complete with intertitles and irises), and the capabilities and rhetoric associated with both computers and VCRs play a part in the continuously shifting and evolving discourse. (JR)

Sights and Smells and…

From The Soho News (July 2, 1980). This was my first encounter with the delightful and inspired couple Yervant Gianikian and Angela Ricci Lucchi, subsequently known for their wonderful found-footage films, e.g. From the Pole to the Equator (1987) and Prisoners of War (1995). — J.R.

One interesting thing about aesthetic hybrids — movies with smells, or jazz posing as film criticism — is that nobody knows what to do with them, critics included. Whether these unusual and unlikely yokings represent examples of useful, exploratory or merely wishful thinking is essentially a matter of personal taste. In the two instances under review, a crucial factor in determining one’s taste is packaging, pure and simple — how and where an audience gets placed. 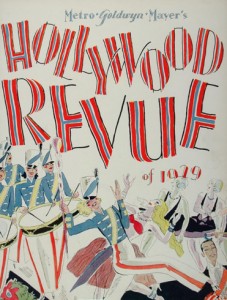 Apart from isolated experiments — including a recent one by Les Blank, reportedly utilizing the odors of red beans and rice — it seems that commercial efforts to link smells with movies have mainly come in two separate, pungent waves. A couple of early talkies, Lilac Time and The Hollywood Revue, played around with the idea in a few theaters; the latter, a plotless musical, climaxed with a snoutful of orange scent to go with “Orange Blossom Time,” performed by Charles King and the Albertina Rasch ballet company.… Read more »