A Home Of Our Own 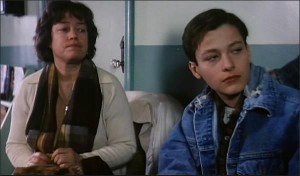 Director Tony Bill (My Bodyguard, Five Corners, Crazy People, Untamed Hearts) brings a lot of feeling and detail to this sort-of-true-life tale written by executive producer Patrick Duncan. It’s about a single mother (Kathy Bates) with no savings who leaves Los Angeles with her six kids for rural Idaho in 1962, and much of the family’s saga is very moving. (Duncan himself, who actually grew up with 11 siblings, corresponds to the oldest child and narrator here, played by teenager Edward Furlong.) Along the way the film loses some of its conviction; it winds up trying too hard and pushing some of its effects. Even so, the depiction of poverty has plenty of grit and flavor, and the cast — which also includes Soon-teck Oh and Tony Campisi — does a creditable job. (JR) 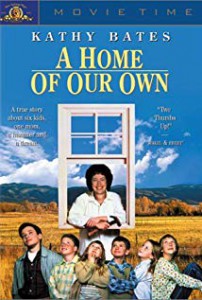