Circle of Pain: The Cinema of Nicholas Ray 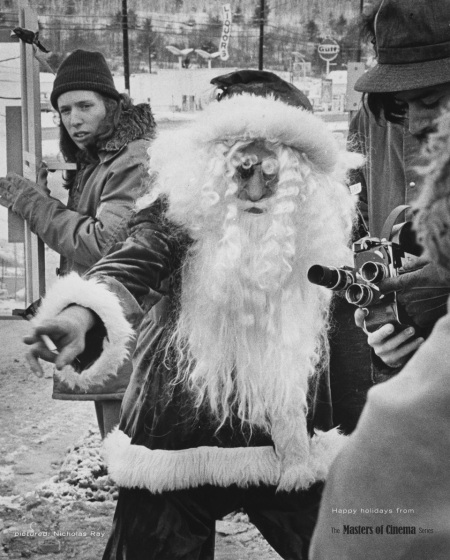 Surfacing in Cannes in the worst of conditions — not quite finished, unsubtitled, shrieking with technical problems of all kinds, and dropped into the lap of an exhausted press fighting to stay awake through the fifteenth and final afternoon of the festival — Nicholas Ray’s WE CAN’T GO HOME AGAIN may have actually hurried a few critics back to their homes; but it probably shook a few heads loose in the process. Clearly it wasn’t the sort of experience anyone was likely to come to terms with, much less assimilate, in such an unfavorable setting, although the demands it makes on an audience would be pretty strenuous under any circumstances.

Created in collaboration with Ray’s film class at the State University of New York at Binghamton, and featuring Ray and his students, the film attempts to do at least five separate things at once: (1) describe     the conditions and ramifications of the filmmaking itself, from observations at the editing table to all     sorts of peripheral factors (e.g., a female student becoming a part-time prostitute in order to raise money for the film); (2) explore the political alienation experienced by many young Americans in the late 60s and early 70s; (3) demystify Ray’s image as a Hollywood director, in relation to both his film class and his audience; (4) implicate the private lives and personalities of Ray and his students in all of the preceding;    and (5) integrate these concerns in a radical form that permits an audience to view them in several aspects  at once.… Read more »

2 Days In The Valley 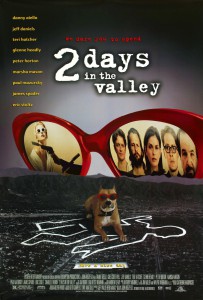 The standard line on this actor-heavy, brain-light concoction by writer-director John Herzfeld (1996) is that it’s Short Cuts meets Pulp Fiction, but it isn’t a tenth as good as either. It does, however, have a good many dog reaction shots, so if you happen to think the other two movies were lacking in those, credit Herzfeld for making up the difference. Crosscutting between various San Fernando Valley miniplots that prove to be interlocking, Herzfeld has a tolerable eye for filling a ‘Scope frame but a tin ear when it comes to creating dialogue; these are all characters we’ve met before, and most even seem bored with themselves. With Danny Aiello, Greg Cruttwell, Jeff Daniels, Teri Hatcher, Glenne Headly, Peter Horton, Marsha Mason, Paul Mazursky, James Spader, Eric Stoltz, and Charlize Theron, plus cameos by Keith Carradine, Louise Fletcher, and Austin Pendleton. (JR) 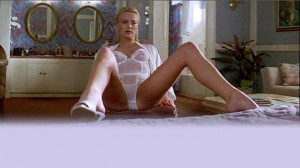 Michel Gondry: Coping with the Metaphysics of Overload

The following short essay was commissioned by the Walker Art Center in early 2007 for a brochure accompanying a retrospective (“Michel Gondry: The Science of Dreams”) presented between May 11 and June 23, and a Regis Dialogue that I conducted with him on June 23. –J.R. 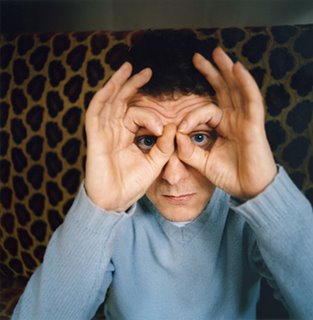 What’s sometimes off-putting about the postmodernity of music videos is tied to both the presence and absence of history in them — the dilemma of being faced simultaneously with too much and too little. On the one hand, one sees something superficially resembling the entire history of art — often encompassing capsule histories of architecture, painting, sculpture, dance, theater, and film — squeezed into three-to-five-minute slots. The juxtapositions and overlaps that result can be so violent and incongruous that the overall effect is sometimes roughly akin to having a garbage can emptied onto one’s head. Yet on the other hand, radical foreshortenings and shotgun marriages of this kind often have the effect of abolishing history altogether, making every vestige of the past equal and equivalent to every other via the homogenizing effect of TV itself. Back in 1990, sitting through nearly eight hours of a touring show called “Art of Music Video,” I was appalled to discover that the two most obvious forerunners of music videos, soundies from the 40s and Scopitone from the 60s, were neither included in the show nor even acknowledged in its catalog’s history of the genre.… Read more »