Unwarranted Heaviness (THE UNBEARABLE LIGHTNESS OF BEING) 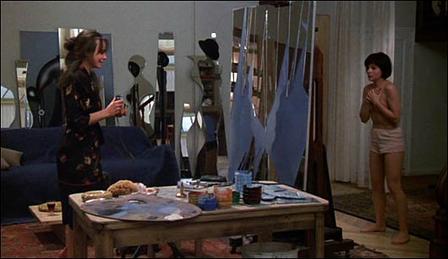 THE UNBEARABLE LIGHTNESS OF BEING

Written by Kaufman and Jean-Claude Carriere 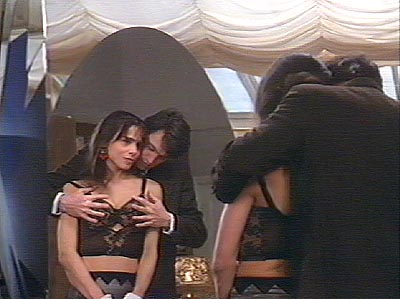 Before we are forgotten, we will be turned into kitsch. Kitsch is the stopover between being and oblivion.   — Milan Kundera, The Unbearable Lightness of Being

The semibearable heaviness of Philip Kaufman, at least in his last three features – Invasion of the Body Snatchers, The Wanderers, and The Right Stuff — is largely a matter of an only half-disguised didactic impulse, a notion that he’s got something to teach us. For a filmmaker as commercial as Kaufman, this impulse becomes worrying chiefly because we emerge from his movies not knowing anything essential that we didn’t know before we went in. We’ve submitted ourselves to a certain intelligence, grandiosity, and slickness, and we may well have been entertained — Kaufman has undeniable craft as a storyteller — but it’s questionable whether we’re any wiser.

There’s nothing at all disgraceful about this. But the suggestion that we’re supposed to be getting something more than intelligent entertainment from a Kaufman film — which seems to hover over every frame like an admonition, almost a threat — leaves an unsatisfying aftertaste.… Read more »

SON OF THE PINK PANTHER