I wrote this book review for The Village Voice shortly after I moved to London from Paris in 1974 (which helps to explain how I could cite the English paperback of Myra Breckinridge), so I was more than likely a little miffed when the Voice noted at the end of the piece, “Jonathan Rosenbaum is a film critic presently living in Paris.” Although I think this review suffers a bit from the Voice‘s overheated smart-alecky manner during this period, which I was only too willing to adopt (and which makes some of my gripes potentially open to the charge of the pot calling the kettle black), I was reminded of both this review and Myra Breckinridge/Myron while recently reading Vidal’s somewhat similar 1978 novel Kalki, which has a similarly formidable heroine-narrator with a comparably ambiguous relation to gender. — J.R. [4/3/09] 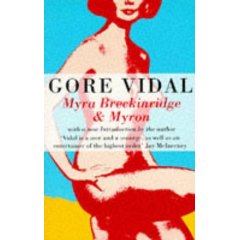 Myra Breckenridge was a stunt: a clever gay trick pulled on a straight  audience — or, if one prefers, a bisexual prank pulled on a unisexual audience — with kibitzers and spectators welcome on either side of the ironies, different jokes for different folks. Brightly paced and packed with goofy comic-strip action and characters, it was motored by a kind of  cheerful nihilism that usually kept Vidal several steps ahead of the reader, whatever his or her sexual preferences. It had enough fun to half-disguise the fact that its principal notion of urbanity was a gentlemanly expression of nausea for Hollywood, le nouveau roman, all non-aristocratic Americans, and apparently every variety of sex apart from some form of sadism or masturbation.

Myron, the sequel, is another kind of stunt — also good for a lot of giggles, but much less unified in its strategies, and clumsily stuck together compared with its predecessor. Its departure is wonderful. Myron, the male-turned-female-turned- male of the previous book, passes straight through his TV screen, like Alice, into an imaginary Maria Montez movie, Siren of Babylon, while it’s being shot in 1948. What’s more, Myron’s free to move about the frozen actors and sets during the commercial breaks, is buffeted about by the cuts, submerged by the fadeouts, and transported by the dissolves. 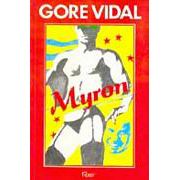 A nice conceit, and plenty of fantasy writers could turn a concise novella out of it. Vidal opts instead for (1) ushering Myron into Hollywood proper in 1948, where he tries to find his way back to the present, and (2) having him turn back into Myra in alternate chapters, as kinky as Myron is straight, and hell-bent on remaining in 1948 so that she can revolutionize the world via Hollywood and build the bisexual utopia prophesied in her own book — by altering details in the production of Siren of Babylon (a lifted loincloth here, an exposed breast there), performing history’s first sex-change operation on some helpless and hapless male, and taking over the movie industry in her spare time (today MGM, tomorrow the planet). Such a setup, allowing one sexual-psychological transformation (Myron to Myra or Myra to Myron) per chapter break, and lots of ensuing burlesque, doesn’t prevent Vidal from pulling off a number of other sideshows — which includes Myra becoming Maria Montez and a revised global situation back in 1974. 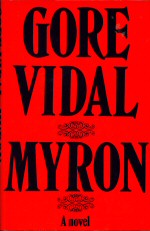 It’s fast and funny and full of surprises. It is also, for long stretches, abominably written. Exhibit A: “…I have just learned that during my five years’ absence not only has President Johnson left us but also Jeffrey Hunter, born Henry M. McKinnies, whose memorable starring role in King of Kings was the last important Hollywood film.” Roles are not films, and the Myra we once knew wasn’t so sloppy that she’d botch a sentence like that. She was even something of an intellectual — a fact you’d never guess from the present book, which homogenizes her earlier self almost as cheaply as the Myra Breckinridge movie did. (Roughly speaking, Myra II is to Myra I what Tom Sawyer, Detective was to Huckleberry Finn.)

In other words, it’s trashy — not elegantly trashy, like Myra, but trashy  about its own premises. Consider for a moment Vidal’s special brand of cuteness (Exhibit B). The English edition of Myra contains the following note from the author: “Wanting in every way to adapt to the high moral climate that currently envelops the British Isles, the author has allowed certain excisions to be made in the text.” Pretty cute, that. His formula for Myron, explained in a preface, is even cuter: for all the potentially censorable words he substitutes the names of the Supreme Court justices who concurred in the majority decision to have local communities to define pornography. A clever conceit, but it’s worth noting that Malcolm Muggeridge pulled essentially the same trick about 10 years ago, in the New York Review of Books, to ridicule a book by Wayland Young — a ploy which sought to make the opposite (i.e., bluenose) point.

And this is at the nub of what bugs me about Myron: all of its smartness is instantly convertible into dumbness, suggesting that maybe its tactics aren’t so smart after all. On other occasions, Vidal professes to be serious about his bisexual utopia; giving his favorite slogans to a character as demented as Myra implies either a notion of Spreading the Word to the Masses in mutilated form or something less than honest about his serious stances. Either way, it’s a sellout deserving just the sort of contempt that Vidal heaps so liberally on his favorite adversaries in the New York Review of Books – that meeting place and clearing-house for minds as variously similar as Mssrs. Vidal and Muggeridge, where all cuteness becomes kin. (TV talk shows provide a comparable haven.) 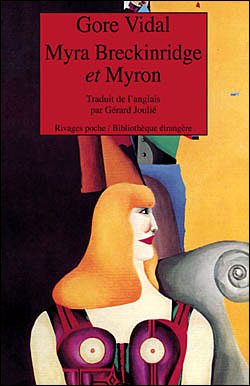 Nevertheless, Myron is a good quick read with lots to laugh at. Wait till it comes out in paperback and take it on a bus ride; it’s just possible that even by then such gags as the guest appearance of Nixon (appropriately wearing a rubber Nixon mask) will carry some kind of lift. Most of Myron’s sections are a bit labored — Vidal seems too remote from Middle America to be able to parody its clichés with any pleasure or conviction — but the zany exploits of Myra, his spirited alter ego, will keep you going. And best of all, you’ll be hard put to remember a single phrase of it once you get to wherever you’re going.
– The Village Voice, November 14, 1974