Fresh Clues to an Old Mystery [THE BIG SLEEP] 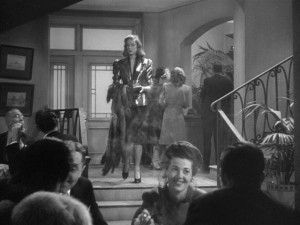 For all its reputation as a classic, and despite the greatness of Howard Hawks as a filmmaker, The Big Sleep has never quite belonged in the front rank of his work — at least not to the same degree as Scarface, Twentieth Century, Only Angels Have Wings, To Have and Have Not, Red River, The Big Sky, Monkey Business, Gentlemen Prefer Blondes, and Rio Bravo, to cite my own list of favorites. Unlike To Have and Have Not (1944) — Hawks’s previous collaboration with Humphrey Bogart and Lauren Bacall, writers Jules Furthman and William Faulkner, cinematographer Sid Hickox, and composer Max Steiner — it qualifies as neither a personal manifesto on social and sexual behavior nor an abstract meditation on jivey style and braggadocio set within a confined space, though it periodically reminds one that exercises of this kind are what Hawks did best.… Read more » 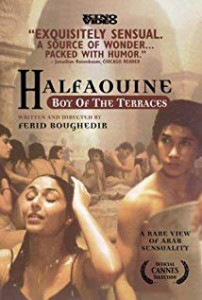 This lovely first feature from Tunisia (1990) is the work of Ferid Boughedir, the best-known film critic in the Arab world, whose documentaries Camera d’Afrique and Camera d’Arabe are models of their kind. Exquisitely sensual without being prurient, sensitive without being arch or affected, this portrait of a 12-year-old boy’s life, family, and community is packed with humor and perception, and the film’s feeling for the labyrinthine architecture of the neighborhood is a source of wonder. Film Center, Art Institute, Columbus Drive at Jackson, Friday and Saturday, June 16 and 17, 8:00, and Tuesday, June 20, 6:00, 443-3737. 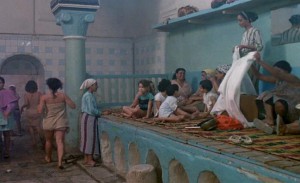