Ideal Women [THE FAMINE WITHIN] 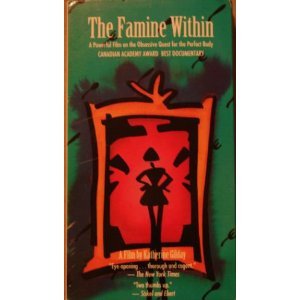 Directed and written by Katherine Gilday. 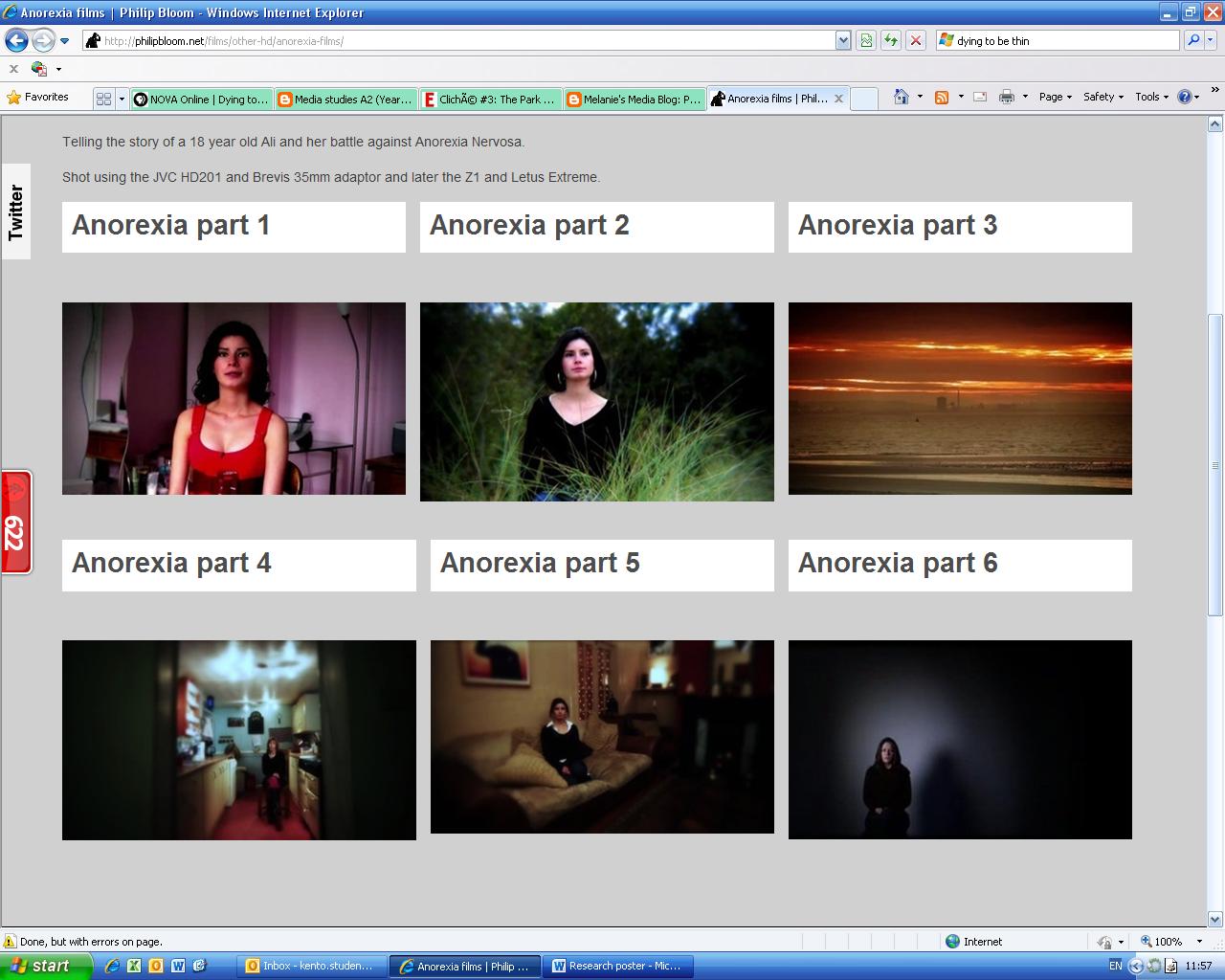 Some theorists believe it is the larger North American society that needs healing, that women’s bodies today are the symbolic area in which a larger drama of cultural values is played out. — narrator, The Famine Within

Siskel and Ebert, among others, have been arguing that the documentary nominating committee of the Academy Awards needs a major revamping. Their beef is that the most popular and widely discussed documentaries of the past few years — like The Thin Blue Line, Paris Is Burning, Roger & Me, and Hearts of Darkness: A Filmmaker’s Apocalypse — never get nominated. Implicit in this argument is the notion that the most popular movies are usually the best, a notion that the awarding of most of the remainder of the Oscars is predicated upon. To accept any serious challenge to this sacred premise would be to undermine our faith in distributors, exhibitors, critics, publicists — the film industry itself. Perish the thought: if we lost our faith in all of the above, we might actually have to start thinking for ourselves.

I’m not defending the documentaries that were nominated over the crowd-pleasers cited above. And I can certainly understand the mass audience’s desire to have its own choices ratified by the film industry. (An audience that was truly confident of its taste wouldn’t require such confirmation.) But what amuses me about all this fuss is that the documentaries that have mattered the most to me over the past several years — the ones that have done the most to change the ways I see, hear, and think about the world — don’t figure in this debate at all. As far as the Oscars are concerned, they’re not even contenders.

The documentaries I have in mind, made or first released in the past decade, include Chris Marker’s Sans soleil, Orson Welles’s Filming Othello, Joris Ivens and Marceline Loridan’s A Tale of the Wind, Francoise Romand’s Mix-Up, and Raul Ruiz’s Mammame. Just about the only thing they have in common, apart from their nonexistence in Oscarland, is that they more or less invent their own genres. The first three loosely qualify as personal essays, the fourth is a sort of recounted and restaged family psychodrama, and the fifth could be described as a dance film. If that was all they were, I’m sure the world would have a much easier time dealing with them. But all five of them rethink what we usually mean by fiction and nonfiction so thoroughly that we can’t even be entirely confident labeling them documentaries.

Katherine Gilday’s The Famine Within – which begins a four-day run at the Music Box on Monday — is not on the same level as these masterpieces, either in terms of conception or accomplishment. But if I had to say what company it belonged in, I’d put it with them rather than any of the actual or would-be Oscar contenders that come to mind. Both times I’ve seen it, it’s taught me more about the world I live in than The Thin Blue Line, Paris Is Burning, Roger & Me, and Hearts of Darkness combined — despite the fact that these movies have plenty of things to teach me. Where The Famine Within differs is in how it persuades me to reexamine what’s inside as well as around me, in how thoroughly it manages to take apart the society we live in. I don’t believe I’m alone in this feeling either, though it still took this Canadian movie about a year and a half to reach Chicago. 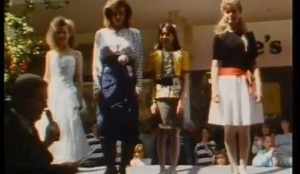 The Famine Within can’t be said to have the “entertainment” values of the Siskel-Ebert favorites, unless you happen to find entertainment in thinking seriously about the world — something academies of all stripes tend to discourage. But I can testify to this movie’s power to engage and excite a varied audience. The first time I saw it, at the Vancouver film festival in 1990, it was followed by a passionate impromptu discussion between the filmmaker and two or three dozen spectators in a room adjacent to the auditorium. The discussion broke up over an hour later only because the room had to be cleared for another event; the film had clearly opened many floodgates — emotional as well as intellectual — for many of those present.

Best of all, I can’t tell you what The Famine Within is about in 25 words or less, unlike any of the Oscar contenders. It would be a grotesque disservice to call it a documentary about anorexia nervosa and bulimia, though both are dealt with at some length. It’s a feminist essay that begins and ends by considering the ideal of feminine beauty that rules our culture, with particular reference to body shapes and sizes. It explores the effects of this ideal on girls and women today, the social and ideological consequences (as well as sources) of their obsession with diet and exercise. Among the many matters discussed are contemporary notions of the superwoman (an image combining thinness and status); the muddled and extreme moral judgments placed on fatness and obesity in our culture; the relation of the Garden of Eden myth to contemporary concepts relating women to food and nature; the perceived split between spirit and matter (which Gilday traces all the way back to the Middle Ages); the ideological implications of the current “fitness” craze; anorexia as an escape from sexuality and bulimia as an escape from career pressures; women’s ambivalent relationships to the bodies and personalities of their mothers (as opposed to their fathers); the changing meaning of various symbols for femininity (with feminist writer Susan Griffin among the commentators). Though the film certainly has positions of its own on all these matters, particularly as they relate to changes in our culture over the past 20 years, it can’t be accused of either dogmatism or simple didacticism; clearly its goal is to open these subjects up rather than settle them once and for all.

Taking nothing for granted and throwing every aspect of its subject open to question, the film gracefully and seamlessly strings together an argument out of many women speaking. At the center of this expanding discourse is a cogent narration — written by producer-director Katherine Gilday and spoken by actress Rebecca Jenkins — illustrated by images that are alternately found (documentary footage from all over) and constructed (models filmed in a studio). Flanking this narration are many others talking, each one advancing and refining the discussion in her own fashion, whether through personal experience, observation, or analysis. These women are all different ages, shapes, and sizes; they range from therapists to patients, from teachers to pupils, from experts to amateurs, and from little girls to young women to gray eminences. The most remarkable thing about Gilday’s organizational powers is that the film celebrates this diversity without straying for an instant from the rigor of its argument.

The film was originally made as a two-hour TV special; Gilday subsequently edited it down to the 90-minute version now circulating, the only one I’ve seen. Questions can be raised about the fact that all the women who speak in the film are white and middle-class, though this wasn’t the case in the longer version, which included a couple of Caribbean women, one of them, according to Gilday, “a lusher-bodied person who talked about how she was considered beautiful in her native land and only realized she wasn’t beautiful when she came to Canada. It totally changed her head.”

With the exception of Paul Ernsberger — a medical researcher who offers some fascinating and persuasive remarks about obesity that run counter to conventional social and medical notions — all of Gilday’s talking heads are female, which may make some men wonder whether this movie is addressed to them. To my mind, it’s addressed to anyone who’s interested in the film’s subject matter — and given its wide-reaching implications, this shouldn’t leave anyone out. While the film can’t be described as formally innovative, it has an intelligence that’s extremely rare in documentaries, an intelligence that can be felt in the film’s editing as well as in its narration and its selection of talking heads. Part of its distinction is that its arguments are very easy to follow from beginning to end, yet it achieves the kind of intellectual and analytical density one usually expects to encounter only in print. (Not surprisingly, Gilday’s professional background is basically free-lance writing and research; The Famine Within is her first solo film effort.)

Here’s an early patch of the narration, just to give you a small sample:

Over footage of bathing beauties from the 60s parading on a runway: “Twenty-five years ago, the average model weighed 8 percent less than the average woman. Today, the average model is 23 percent below average weight. Meanwhile, the actual weight of women over the same period has increased, so the gap between real women’s bodies and the beauty ideal has grown ever larger.”

And over a contemporary photo session with a very thin model cavorting in front of the camera on a city street: “But such is the power of the visual media in our lives that they can actually determine our sense of reality, even if it means overriding our direct experience. Thin is normal and everything else is an aberration. A collective delusion rules both sexes’ perception of the female body. Rock videos, television shows, hundreds of ads a day tell us this is what our bodies should look like.”

Three chilling supplements to this narration are offered shortly after: In one recent national survey conducted in the U.S. more women feared becoming fat than feared dying. Another recent survey found that 80 percent of fourth-grade girls in California had already gone on diets. And a model who once “dieted her way to anorexia” says that her initial emotional response to a photo of Karen Carpenter in People magazine taken shortly before she died — in which she resembles a concentration-camp victim — was envy bordering on admiration.

Clearly much more than a concern with beauty or health is at work here, and if the complex argument of The Famine Within can be boiled down to a single purpose, this is to explore what that “more” consists of. As Gilday sees it, it’s a social sickness with many causes, meanings, implications, and consequences. And to learn something about it is to rethink many of the most deeply embedded myths in our culture.