Digging Up Nazis: A Comedy [THE NASTY GIRL] 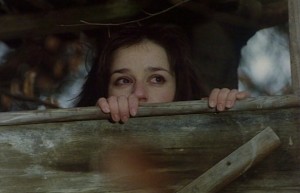 Directed and written by Michael Verhoeven 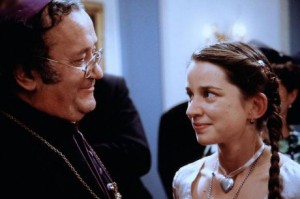 We’re told at the outset of Michael Verhoeven’s The Nasty Girl that Anja Rosmus inspired this film. What we aren’t told is who Rosmus is or how closely this film is based on what happened to her in the 1980s.

Born in 1960 and raised in the Bavarian city of Passau — where Adolf Hitler spent part of his childhood and where Adolf Eichmann was later married — Anja Elisabeth Rosmus, the daughter of two schoolteachers, had a comfortable, middle-class, Catholic upbringing. When she was 20, she won first prize in a national essay contest, writing about privacy and public freedom in European politics and history. The following year she entered another national essay contest, this time settling on a local topic: “An Example of Resistance and Persecution: Passau, 1933-1939.” Having been brought up to believe that her hometown was a bastion of resistance against the Nazis, largely through the efforts of the local Catholic church, she thought she was undertaking a project that would enhance local pride and was surprised by the defensiveness and hostility she encountered from certain quarters outside the church. 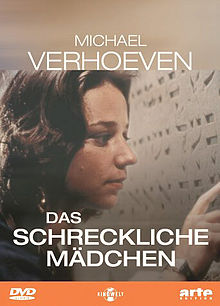 Rosmus let the contest deadline pass, married one of her former schoolteachers, and had a couple of children. But the stonewalling by the locals continued to rankle. She decided to resume her investigation, enrolling in history courses at the local university and trying unsuccessfully to gain access to certain files in the town’s archives and at the local newspaper. After suing the town for the release of some documents, she ran into more obstacles and received threats of personal violence. For years she required police protection, and a restaurant where she spoke was subsequently demolished by neo-Nazis. Nevertheless, she published her book-length essay in 1983, which was well received nationally (though not written about in the local paper), and went on to write two more books on related subjects as well as numerous scholarly articles. She also collaborated on a few television programs, including one for the BBC; last year Verhoeven made a German TV documentary about her.

Rosmus says that her fictionalized counterpart in The Nasty Girl, Sonja Rosenberger (Lena Stolze), is a “fairly accurate” depiction of her, though she disputes the film’s implication that she neglected her children to carry on her crusade against the town and says her relationship to the town was harsher in real life. She adds, “It is important to understand that Passau was not a special case. It was and is a very typical, very average German city.” The name given to the fictionalized version of this town in The Nasty Girl is Pfilzing, but parts of the film were shot in Passau.

Knowing all this, you’d never guess that The Nasty Girl is a high-spirited comedy and a stylistically adventurous film to boot. I haven’t seen Verhoeven’s other films, so it’s difficult to determine whether The Nasty Girl is typical or atypical. Previous films include a Strindberg adaptation (Dance of Death, 1967), two features starring his wife Senta Berger (People Who Live in Glass Houses, 1971, and Dowry, 1975), a film about the antifascist movement under Nazism (The White Rose, 1981), and o.k., a 1970 film that sounds especially intriguing — it’s based on the same gang rape in Vietnam that inspired Brian De Palma’s Casualties of War and starred a 15-year-old Eva Mattes as the Vietnamese rape victim (the film was initially slated to receive a jury prize at the Berlin film festival, but the jury, headed by Dusan Makavejev, was attacked for praising an anti-American film; the jurors resigned in protest and no awards were given to anyone). 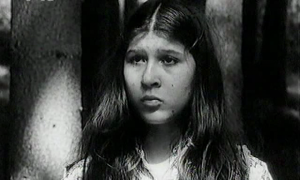 The Nasty Girl, I hasten to add, has been warmly received in Germany, and has even had a very successful run in Passau. It begins, in color, as a mock slide lecture gradually turns into a mock TV documentary, with Sonja standing on the pedestal of a statue in Pfilzing addressing the camera. She proceeds to recount her early childhood, which we see depicted in black and white as farce, some of it quite funny. Periodically we cut back to the color TV-documentary format with Sonja (and later others) offering commentary, but Verhoeven also occasionally switches between color and black and white — and between present and past — in the space of a single shot, without a cut. Around the time that Sonja becomes engaged to her former schoolteacher Martin (Robert Giggenbach), the flashbacks begin to be in color as well, but the use of black and white recurs periodically in the artificial backdrops of certain settings related to Sonja’s research — blowups of black and white stills that we see lurking behind the characters and certain props in color. 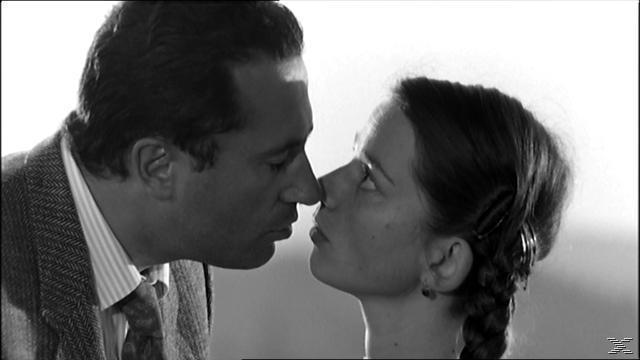 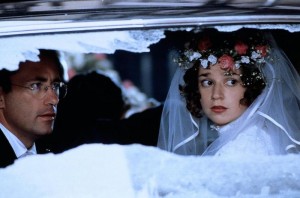 It’s implied that the color/black-and-white coding has some historical significance — such as black and white standing for some version of the archival past — but if so, the distinctions aren’t maintained very rigorously. The technique for handling these juxtapositions seems to be the same kind of front-projection system used by such American and German independents as Mark Rappaport, Werner Schroeter, and Hans Jurgen Syberberg; later in the film, when Sonja and her family are playing back hostile messages left on her answering machine, the same technique is used to create a moving backdrop in color, so that Sonja and her family, seated in a domestic interior, seem to be moving through the city as if on an open wagon.

The Nasty Girl begins delightfully and for much of its running time is fun to watch, but eventually it turns monotonous–morally and conceptually as well as stylistically. The apparent stylistic freedom that opens up the story and the characters, permitting Verhoeven to spice up the proceedings with fleeting comic and satiric notations, eventually gets locked into a rigid program that limits the range of the material. The movement traced by the film ultimately isn’t a moral inquiry or even (except incidentally) a historical inquiry, but something that more closely resembles a sporting event, with a good team versus a bad team. The good players are never allowed to look bad and the bad players are never allowed to look good, so it stands to reason that the gradual unfurling of Sonja’s investigation winds up seeming rather mechanical. 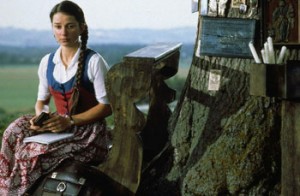 Verhoeven tries to mitigate this monotony with a stringent moral lesson tacked on at the end. A triumphant Sonja is honored with a bust of her that will be displayed at the city hall. At the unveiling ceremony, Sonja goes into a tirade, accusing the town of using this tribute in order to silence her, and then runs off with one of her children to a hilltop, where she climbs a tree that is known as the Tree of Mercy, a sort of shrine whose trunk is decorated with religious symbols (which has figured as a central site and prop throughout the film). 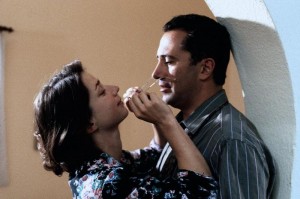 Part of what seems to trigger Sonja’s rage — which may be more apparent to a German audience than an American one — is the kitschy style of the bust, which resembles the preferred style of monumental Nazi sculpture. Verhoeven obviously has a point to make here, but unfortunately he can’t make it without stepping outside his own narrow stylistic framework, so the effect is both blunted and forced.

Up to this point Sonja’s heroism is predicated not on any nuances of her thought, intelligence, or character, but simply on her mud-turtle persistence — which is matched for most of the film by the recalcitrance of her opponents, making her struggle a kind of grudge match. To view her own canonization as a reversion to the Nazi past requires a certain analytical intelligence. This is an intelligence that we can easily grant Sonja on faith, but to do so we first have to regard her as a character and not merely as a figurehead. Yet for better or for worse, The Nasty Girl is a movie of figureheads, not characters. 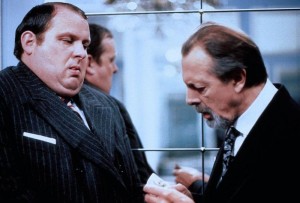