What is Cinema? (and, if you know what that is, What is Film Study?)

Cinema. Film Study. What a pity that the left hand rarely knows what the right hand is doing, and vice versa.

Thanks to the generosity of Girish Shambu, I’m the happy owner of a copy of Timothy Barnard’s retranslated, reselected, and annotated edition of André Bazin’s What is Cinema?, recently published in a handsome hardcover by www.caboosebooks.com, based in Montreal, with Varvara Stepanova’s 1922 woodcut of Charlie Chaplin, Sharlo Takes a Bow, gracing the cover.

First, here is the selection: “Ontology of the Photographic Image,” “The Myth of Total Cinema,” “On Jean Painlevé” (a short fragment that Barnard has translated for the first time), “An Introduction to the Charlie Chaplin Persona,” “Monsieur Hulot and Time,” “William Wyler, the Jansenist of Mise en Scène,” “Editing Prohibited,” “The Evolution of Film Language,” “For an Impure Cinema: In Defense of Adaptation,” “Diary of a Country Priest and the Robert Bresson Style,” “Theatre and Film (1),” “Theatre and Film (2),” and “Cinematic Realism and the Italian School of the Liberation”.

Regrettably, the 354-page book, with a ten-page Publisher’s Foreword, the aforementioned 13 essays by Bazin, 61 pages of helpful annotation, a combined 19-page Glossary of Films and Film Title Index, and a six-page Index of Names, is unavailable to most people outside of Canada, and for legal reasons, including copyright laws, you can’t even order this from Canadian Amazon. 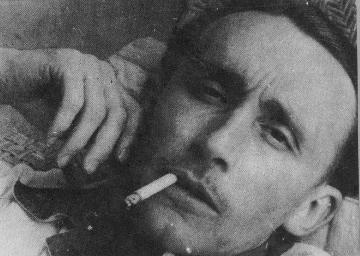 Although I’m a onetime translator of Bazin myself (Orson Welles: A Critical View, New York: Harper & Row, 1978, reprinted by Acrobat Books in 1991), I recount in painstaking and somewhat painful detail in my latest book (Discovering Orson Welles, University of California Press, pp. 62-65) why the late Tom Milne and (to a lesser extent) the late Jill Forbes probably deserve as much of the credit for this work as I do — even though I can take credit with fewer qualms for the editing of this volume, including François Truffaut’s excellent 27-page Foreword. I should add that my virtually boundless admiration for Bazin has far more to do with his skills as a journalist, critic, and writer of essays than his skills as a theorist — which interest me less, in spite of their obvious importance, yet seem to comprise a good 85% of his interest for most academics, judging by what they’ve written about him. This is mainly because I’m a journalist, critic, and writer of essays but not a theorist myself.

In any case, there seems to be little question in my mind that Barnard’s translation of Bazin is vastly superior to that of Hugh Gray in the two volumes published by the University of California Press (and most recently reprinted in 2004, with separate new Forewords by Dudley Andrew and a two-sentence blurb by me on the back cover). I’m especially taken with the graceful flow of the translation and with what I’ve read of the notes, including a 20-page discussion of the precise meaning of the French term découpage and its special importance for Bazin. I’ve previously relied on Noël Burch’s gloss on this term in the first two paragraphs of his 1969 book Praxis du cinéma, translated in 1973 as Theory of Film Practice, and Barnard is probably correct is showing some skepticism towards Burch’s Francophile bias — though I should note in passing that the only errors I’ve spotted so far in Barnard’s text is assigning articles to both the French and English titles of Burch’s book, Un and The.

Far more seriously, Barnard takes extended issue (over a stretch of about five pages) with David Bordwell over his own discussions of découpage. I don’t feel qualified to take sides in this debate, but I do find it fascinating and well worth pondering, especially since the term for me has always pointed towards a certain incompleteness or inadequacy about much mise en scène criticism as well as what might be termed montage criticism. In any event, I hope that the difficulty most non-Americans will have in acquiring Barnard’s book won’t automatically preclude the possibility of a response from Bordwell at some point, since I would find his input welcome.

More generally, the overall problem of communication within academic film study — the left hand knowing what the right hand is doing — seems even more acute if one considers the virtually simultaneous appearance of Barnard’s book and Bart Cardullo’s new translations of two Bazin essays in Bright Lights. One of these essays, “Fifteen Years of French Cinema” (1957), is, to the best of my knowledge, appearing in English for the first time; the other, “Monsieur Hulot and Time” (1953), has appeared in no less than two previous English translations — one by Walter Albert that was included in Lucy Fisher’s otherwise fairly useless Jacques Tati: A Guide to References and Resources (Boston: G.K. Hall, 1983), the other by Barnard in his new book. Yet Cardullo confidently notes in his prefaces to both essays that each one “is translated into English here for the first time with the written permission of [Bazin’s] late wife, Janine Bazin.” I suppose that this could be taken to mean that the other two translators didn’t acquire the widow’s permission, but in fact it appears that Cardullo is unaware of the other two translations. (I should add that Cardullo previously edited and partly translated another substantial collection of Bazin in English — Bazin at Work [New York/London: Routledge, 1997].)

Meanwhile, I’m completely in the dark about what’s happened with (or to) Emmanuel Burdeau’s very ambitious project to publish for the first time a “complete” edition of Bazin in French. This was supposed to have happened at Cahiers du Cinéma‘s book-publishing arm, and for all I know maybe it still will. But Burdeau has recently left the magazine following its sale, and even before that he started a film book series of his own at Capricci, four of whose titles I’ve already written about on this site. I’m completely ignorant about what’s happened to this project, so it isn’t so surprising that Cardullo didn’t know about Albert or Barnard and most English-speaking film scholars will have a hell of a time getting ahold of Barnard’s book even if they happen to hear about it. Despite the interactivity of the Internet, you might say we’re all pretty much at sea. [5/5/09]