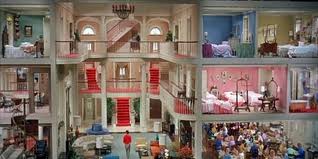 Jerry Lewis’s opulent second feature as a director
(1961), in some ways his most ambitious (and his first
in color), is also the one that has the most to say
about his character’s sexual hysteria, intensified once
the hero discovers that he’s been hired to work as
houseboy in a boarding house full of sexy young aspiring
actresses -– all of whom are initially seen simultaneously
in their separate rooms as part of a single gigantic
dollhouse set occupying two soundstages at
Paramount. (To keep track of both this set and his
own performance, Lewis invented the video assist, a
filmmaking technique used in Hollywood filmmaking
ever since.) Furthermore, Lewis’s talent for freeform
psychic fantasy, which clearly distinguishes his
work from the social satire and narrative motivations
of Frank Tashlin, reaches a kind of apogee here when
he encounters a Bat Lady (shades of Artists and
Models) lurking inside a “forbidden” room, along
with the Harry James Orchestra. And his character is
no less free to dance with George Raft (playing himself)
in another sequence. This film also represents
the climax in many respects of Lewis’s preoccupation
with media; as Chris Fujiwara writes in his superb
forthcoming book on Lewis, “With the mediatization
of the house in The Ladies Man comes the total conflation
of domestic and performance spaces.” 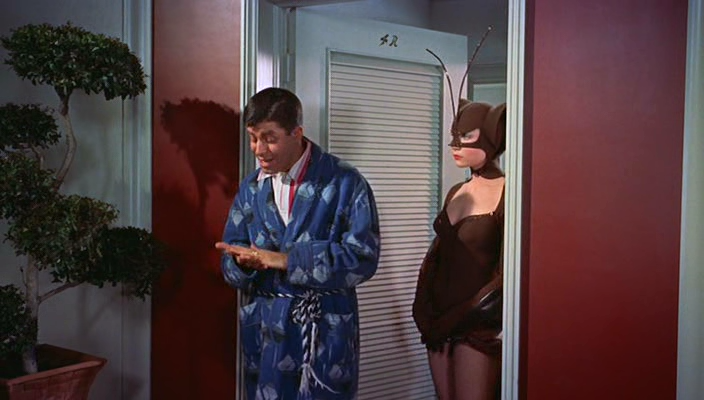 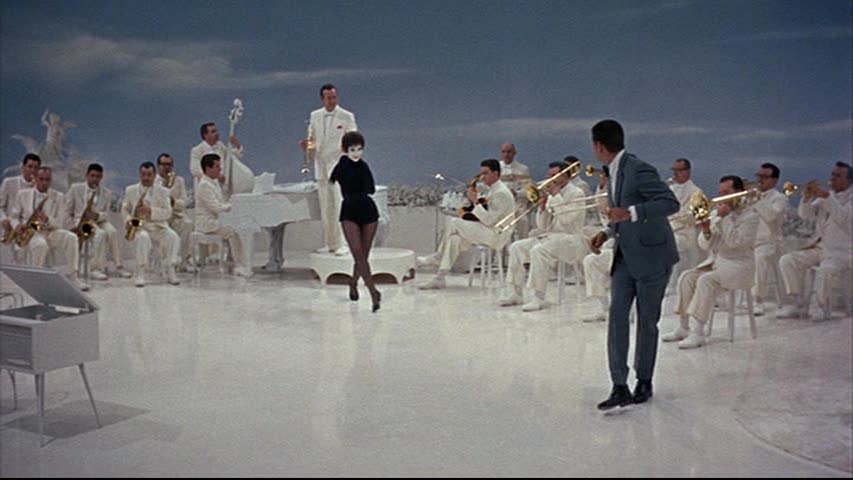 Postscript (5/25/13): Ehsan Khoshbakht, one of this site’s most faithful visitors, has just sent me the following photo to show that Jerry Lewis apparently invented the video assist for his previous feature, The Bellboy (1960). As Ehsan points out, you “can see [that] a comparatively tiny video camera is attached to the gigantic VistaVision one.” 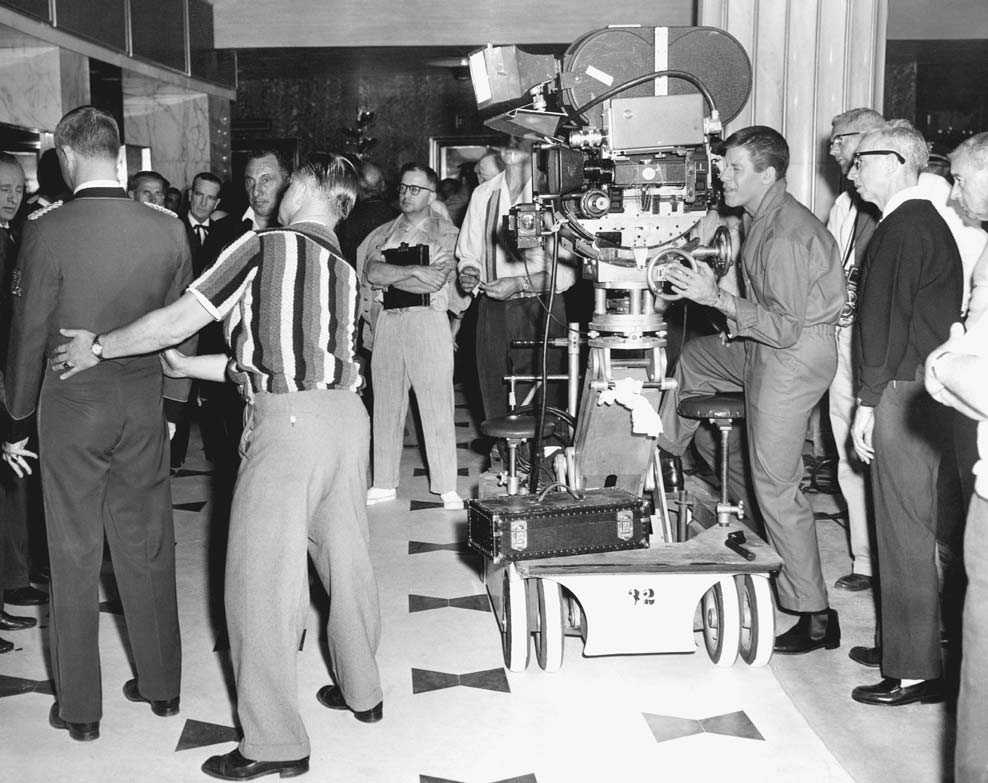