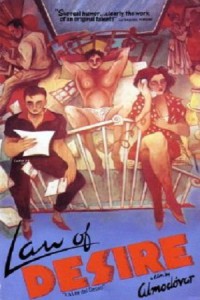 Pedro Almodovar’s vibrant treatment of gay life in post-Franco Madrid has a lot to recommend it, but little of this has to do with its contrived plot, which bears a queasy resemblance to the earlier Fatal Attraction and resorts to hackneyed devices such as amnesia. What keeps this 1987 movie alive are the characters: a porn director (Eusebio Poncela); his transsexual sister and onetime brother (the wonderful Carmen Maura), whom he casts as the lead in his stage production of Cocteau’s The Human Voice; a devout little girl (Manuela Velasco), whom the sister takes over from her lesbian ex-lover (Bibi Andersen) as her own; the director’s working-class lover (Miguel Molina); and the lover’s neurotic replacement (Antonio Banderas), who causes all the trouble. It’s typical of Almodovar’s wit that he casts a man as the little girl’s real mother and a woman as her false one. In Spanish with subtitles. NC-17, 97 min. (JR)… Read more » 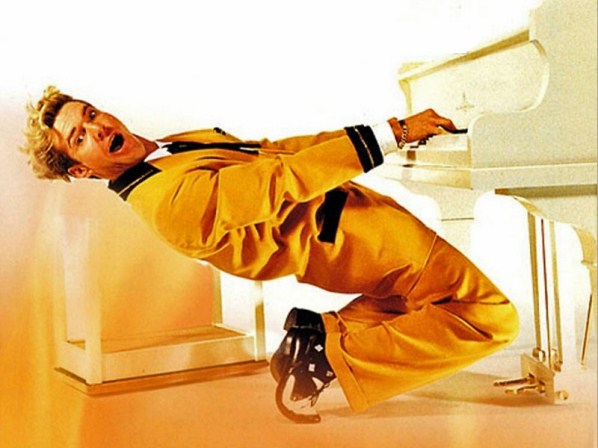 Written by Jack Baran and McBride 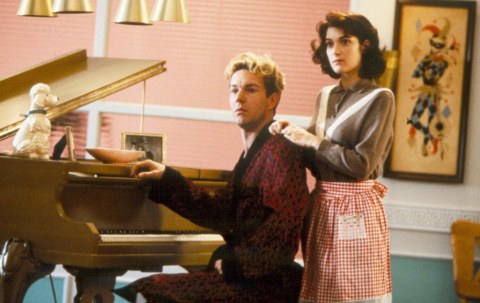 Given that Jim McBride’s film debut was a pseudodocumentary designed to look real (David Holzman’s Diary, 1968), and was followed by an actual diary film that was made to seem fictional (My Girlfriend’s Wedding, 1969), it should be no surprise that Great Balls of Fire, which purports to be a biopic of rock-and-roller Jerry Lee Lewis, is actually a musical-comedy fantasy about virtually imaginary characters.

For those who accept the a priori assumption that most movies are simply dreams and lies, this is only business as usual; in fact, in playing fast and loose with the facts McBride and his longtime collaborator Jack Baran are working in a grand tradition peopled by the makers of most other simpleminded Hollywood biopics. The difference here is that the falsity of their concoction is made nakedly apparent: at least two-thirds of the picture resembles a feature-length music video, patterned in some ways after the rock musicals of 30 years ago.… Read more »