This review for the March 1976 issue of Monthly Film Bulletin was part of a larger project, tied to my position as the magazine’s assistant editor, to have other films by Jean-Marie Straub and Danièle Huillet that were distributed in the U.K. reviewed in the magazine — in that particular issue, History Lessons (by Yehuda E. Safran), as well as The Bridegroom, the Comedienne and the Pimp (by Tony Rayns) and  Introduction to Arnold Schoenberg’s Accompaniment to a Cinematographic Scene (by Jill Forbes). That same issue of the magazine inaugurated a back-cover feature that persisted for the publication’s remaining life and years, devoted in this particular case to a detailed bibliography that I compiled of interviews, scripts, and “other statements and texts” by Straub and Huillet, in half a dozen different languages. —J.R. 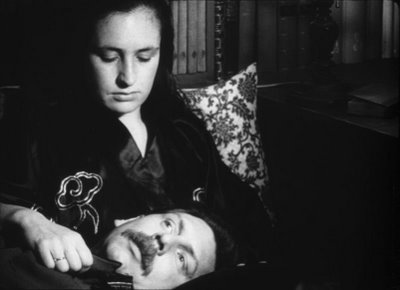 “Far from being a puzzle film (like Citizen Kane or Muriel), Not Reconciled is better described as a ‘lacunary film’, in the same sense that Littré defines a lacunary body: a whole composed of agglomerated crystals with intervals among them, like the interstitial spaces between the cells of an organism”.… Read more »

Sign and Cinema [IN THE LAND OF THE DEAF]

From the Chicago Reader (August 5, 1994); this was reprinted with the DVD of this film released in the U.K. by Second Run Features (see below). — J.R. 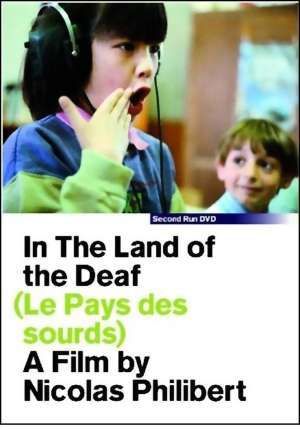 Nicolas Philibert’s beautiful, illuminating, and energizing documentary, Le pays des sourds (“In the Land of the Deaf”), playing Saturdays and Sundays in August at the Film Center, implicitly reflects on three different kinds of language: (1) the different languages spoken in movies, (2) the so-called language of cinema, and (3) sign language, specifically the language of the deaf.

(1) Language in film. I never attended a film school, but during the five years I lived in Paris, from 1969 to 1974, I was unofficially attending something very close to one several days a week — the Cinematheque Francaise, which was then operated by its eccentric, visionary main founder, Henri Langlois (1914-1977). The Cinematheque had two screening facilities that showed together seven or eight films daily, each for a nominal price; if you had a student card, each was less than a dollar. These were films from all over the world, and Langlois was a purist: silent films were almost never shown with musical accompaniment, and little effort was made to show silent or sound films with subtitles that the audience could understand.… Read more »