Two Movies for the Price of None [James Benning's UTOPIA] 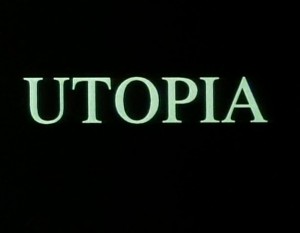 what we see is determined to a large extent by what we hear you can verify this proposition by a simple experiment turn off the sound track of your television set and substitute an arbitrary sound track prerecorded on your tape recorder street sounds music conversation recordings of other television programs you will find that the arbitrary sound track seems to be appropriate and is in fact determining your interpretation of the film track on screen people running for a bus in piccadilly with a sound track of machine-gun fire looks like 1917 petrograde — William S. Burroughs, The Ticket That Exploded 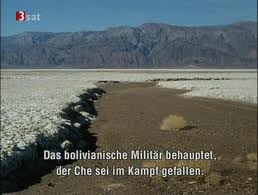 Although James Benning’s most recent experimental feature, Utopia, doesn’t literally reproduce Burroughs’s experiment, it does call it to mind. An opening title describes Benning’s effort as a combination of “images…found in the desert landscape from Death Valley south to and crossing the Mexican border” with the entire sound track of the English-language version of Richard Dindo’s 1994 Swiss documentary, Ernesto Che Guevara, the Bolivian Journal — an appropriation that, as the same title explains, was made without permission. (Some years ago the animator George Griffin appropriated the sound track of a Tom & Jerry cartoon for his own short animated film, Flying Fur.) Benning has added a few ambient sounds, but otherwise you might say that Utopia is two separate movies — the images of one, the sound track of another — running on parallel tracks. And uncannily there turns out to be more synchronicity than you might expect. Thanks to Dindo’s sound track — with subtitles appended when the spoken words are in Spanish — the eye winds up narrativizing the images; even when there’s no apparent relation, the imagination tends to impose one. 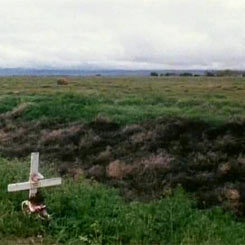 About a year ago Benning, who lives and teaches in California, staged the world premiere of his ninth feature, Four Corners, at a private loft in Wicker Park, on the fourth floor at 1550 N. Milwaukee — a free screening everyone was invited to attend. He’s having the world premiere of Utopia at the same location at 7 and 9 PM on Sunday, December 20; once again he’ll attend both screenings. I’ve visited this space twice now, previewing the two Benning films, and find it possibly the most congenial and comfortable place to see movies in town — certainly the best for viewing a film where you have to furnish part of the narrative yourself, because a living room with sofas and comfortable chairs is a better place for the mind to wander than the more public space of a theater.

Carrying out this sort of do-it-yourself filmgoing requires the right amount of mental space in the film as well: too much leads to boredom, and too little — dare I say it? — leads to conventional commercial fare, which for some viewers at least produces another kind of boredom. The sound track of Utopia has so much narrative and political power in its own right that even if you kept your eyes closed you’d still have plenty to keep you engaged. Once you decide to keep them open, however, the issue becomes not only what sort of images Benning brings to the material but what convergences between sound and image are staged in the mind of each spectator. 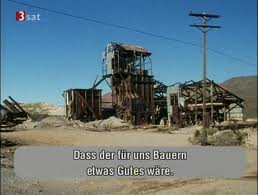 Most of Dindo’s documentary, hence most of his sound track, follows the last days of Che Guevara as a revolutionary guerrilla in the wilds of Bolivia, mainly alternating between a narration of his activities (recited by Judith Burnett) and quotations from his journals (recited by filmmaker Robert Kramer); there are also statements by Castro, Guevara, and others in Spanish. Benning’s images are always landscape shots of one sort or another, and apart from some moments filmed from a moving car, the camera is always stationary; nearly all of his shots are handsome, and some are breathtakingly beautiful. Mostly we see uninhabited desert, military installations, abandoned shacks and motels, trees, rivers, roads, and railway tracks, but as the film progresses there are more signs of people and human habitation: neon signs, resorts, a trailer park, houses, an intersection in a small city.

What, one may ask, is the point of Utopia‘s juxtaposition of sound and image? Benning provides two answers to this question but doesn’t allow them to mesh, indicating some uncertainty on his part; he even locates them in different parts of the film. The surrealist and formalist answer to the question is largely left to the spectator, though Benning offers occasional pointers: the voice-over refers to “rivers” and we see a river; we hear about “sprouts of palm” and see palm trees; two shacks and a distant house appear and we hear about “three houses”; we also see the motto Che Lives written on the side of a hill. Sometimes these passing rhymes evoke Marguerite Duras’ India Song, though Benning’s use of them is chancier and more primitive; after all, Duras was responsible for the text as well as the images in her film, so the contrapuntal relation between the two was entirely under her control.

The second answer to the question has more to do with Benning’s political and poetic ideas. The filmmaker has told me that he had Che Guevara in mind as a subject when he went to film his images; he was interested in desert spaces as the sites of failed utopias — hence his title, and hence all the resorts and ruins — and thought of Guevara’s last days in the same light. (He also admitted that, as I’d suspected, the Che Lives motto was his own contribution to the landscape.)

These speculations appear indirectly in an extended text of three paragraphs that scrolls up the screen at the very end of the film. The first paragraph describes the “Imperial Valley,” which “stretches south from the Salton Sea to the Mexican border”; the second recounts the discovery on August 13, 1998, of the decomposed corpses of “seven undocumented Mexican farm workers” and the fact that “during the past three years more than 100 illegals have been found dead trying to enter the U.S. through the Imperial Valley.” And the third describes the behavior of three species — a kangaroo rat, a sidewinder, and a roadrunner–that survive in the desert by devouring one another in turn.

Clearly the second and third paragraphs reek of metaphor in relation to the last days of Che Guevara — or perhaps we can say that the last days of Che Guevara reek of metaphor in relation to the deaths of illegal Mexican aliens and the habits of predatory beasts. But whatever Benning might be saying with these metaphors, they aren’t allowed to intrude on the more casual and spontaneous conjunctions made by the viewer. Instead Benning’s texts smack suspiciously of unfinished business — an effort to shoehorn political and poetic ideas into the mix, independent of what Dindo, Guevara, and Benning as photographer are able to express. The text is a provocative footnote, but it fails to gel with the rest of the film. Maybe this is Benning’s point — offering an alternative way to read the preceding film — but it adds a certain lumpiness to an experiment that otherwise registers as pure. 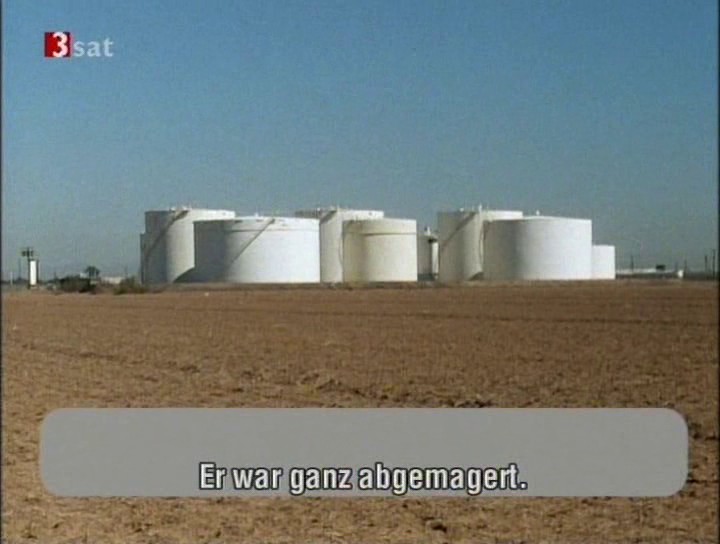