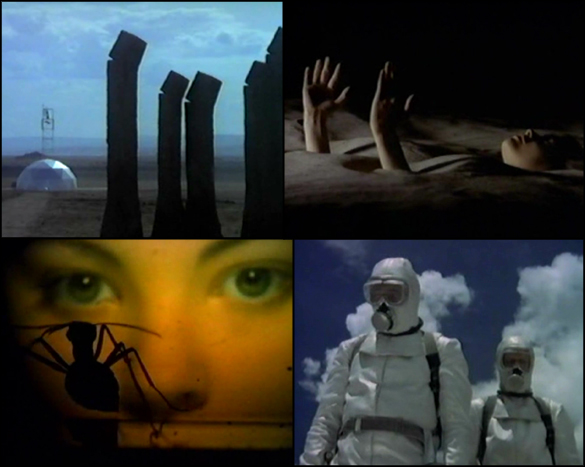 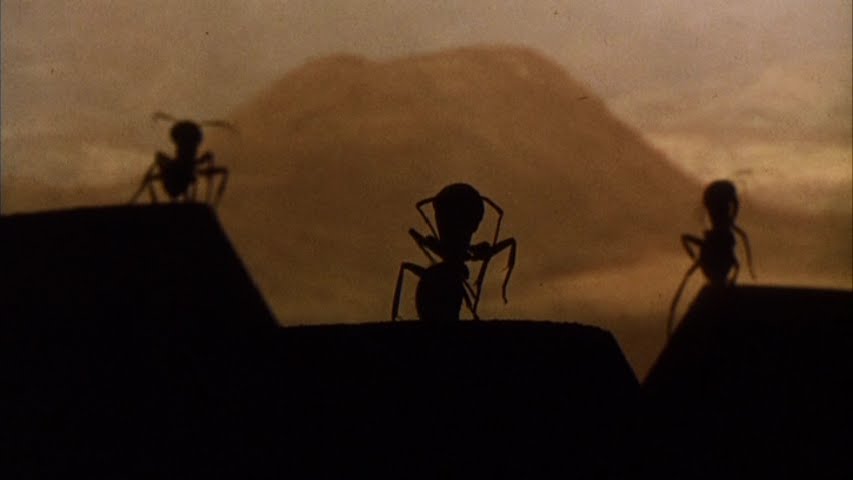 Ernest Hubbs, a research scientist, sets up an experimental dome in the Arizona of the resident ant population: the various species have united and are collectively destroying all their natural enemies. With the help of James Lesko, a colleague versed in computer analysis, Hubbs orders the Eldridge family to evacuate the area, and blasts the enormous anthills with grenades. When the Eldriges’ belateddeparture is precipitated by an ant attack, they are further incapacitated by the poison gas being used against the insects. Kendra, the granddaughter, is the only survivor, and is brought into the dome in a state of shock. The ants develop an immunity to the poison gas, and a subsequent experiment with mantises is foiled when Kundra hysterically smashes the lab equipment, causing Hubbs to be bitten on the hand by several ants. The ants ‘attack’ the dome with heat-focusing mirror surfaces, putting the computers out of commission; Lesko fights back with ‘white sound’, but the ants next succeed in destroying the dome’s air-conditioning unit. Lesko transmits a rectangular drawing to the ants in an effort to communicate, and receives in reply an identical drawing with a small circle containing a dot inside.… Read more » 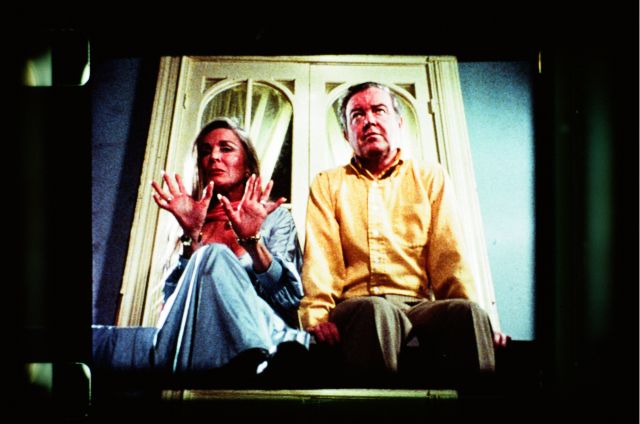 The following is a chapter from my book Film: The Front Line 1983 (Denver, CO: Arden Press, 1983), a volume commissioned as the first in a projected annual series that would survey recent independent and experimental filmmaking. (A second volume, Film: The Front Line 1984, by David Ehrenstein, appeared the following year, but lamentably the series never continued after that, for a variety of reasons, even though both volumes remain in print.) I have followed the format used in both books.

It’s worth adding that De Landa  abandoned filmmaking not long after this article appeared –- after planning, as I recall (but not shooting), a film starring his penis, to be entitled My Dick — and went on to pursue a distinguished academic career as a professor of art, architecture, and philosophy in New York, Pennsylvania, and Switzerland, with at least four books to his credit: War in the Age of Intelligent Machines (1991), A Thousand Years of Nonlinear History (1997), Intensive Science and Virtual Philosophy (2002), and A New Philosophy of Society (2006). For this reason, I couldn’t originally illustrate this piece with any images from his films, as I did in Film: The Front Line 1983, until some frame enlargements were recently made from Incontinence,a month after this article was originally posted, by Georg Wasner of the Austrian Film Museum, to use in a catalogue for a retrospective that I programmed (see below).Most… Read more »

Written for Sight and Sound on August 15, 2015. Since writing this, I’ve discovered that free access to a subtitled version is now available at https://www.youtube.com/watch?v=09J-oSZF9G4. — J. R. 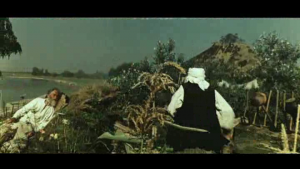 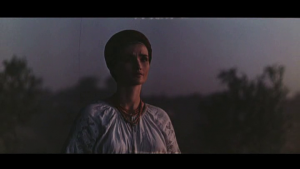 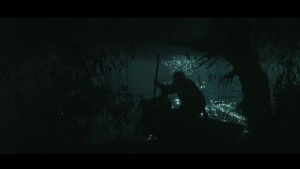 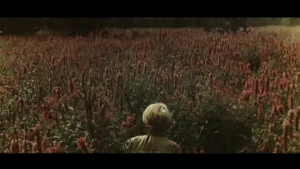 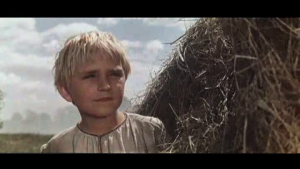 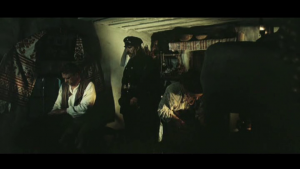 There are few masterpieces harder to access than this 70-millimeter, stereophonic poem by Moscow-born Yuliya Solntseva (1901-1989), widow of the great Alexander Dovzhenko, who devoted most of her filmmaking career, after playing the title role in Aelita (1924), to assisting her Ukrainian husband and then filming his unrealized projects after his death. I’ve never seen this subtitled, but Godard’s favorite film of 1965 was periodically screened at the Paris Cinémathèque over the following decade, and I’ve managed to fill in a few details by reading an English translation of Dovzhenko’s extended memoir of the same title. It’s a rambling but exalted account of his impoverished rural childhood, where, as in his best features, it becomes impossible to distinguish reality from fantasy or imagination, or pantheistic epic from a kind of music dreamt in images — a reciprocal dance performed by nature, family, and other eccentric local touchstones in perpetual, mysterious collaboration.  (Jonathan Rosenbaum) 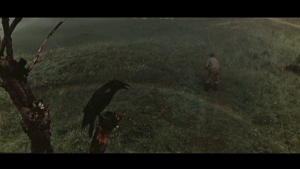 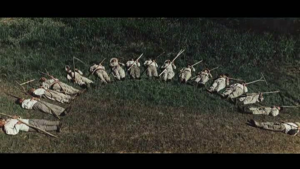 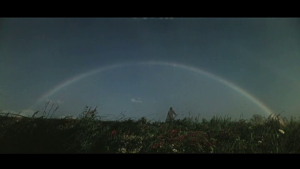 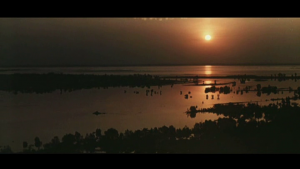 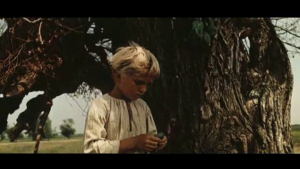 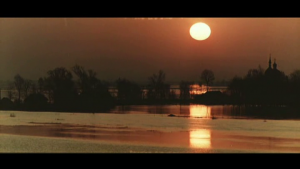