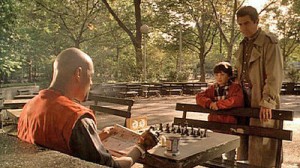 One of the craftiest and most satisfying pieces about gender politics to come along in ages (1993) — all the more crafty because audiences are encouraged to see it simply as a movie about a seven-year-old chess genius, based on Fred Waitzkin’s nonfiction book about his son Josh. Very well played (with Max Pomeranc especially good as Josh), shot (by Conrad Hall), and written and directed (by Steven Zaillian, who also scripted Schindler’s List), it gradually evolves into a kind of parable about how a gifted kid learns to choose his role models and choose what he needs from them. The part played by gender in all this is both subtle and complex, relating not only to chess strategy (e.g., when to bring your queen out) and the personality of Bobby Fischer, but also to the varying attitudes toward competition taken by his parents (Joe Mantegna and Joan Allen) and two teachers (Laurence Fishburne and Ben Kingsley). It makes for a good old-fashioned inspirational story, absorbing and pointed. (JR) 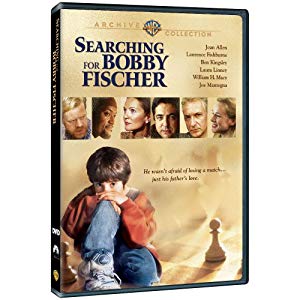