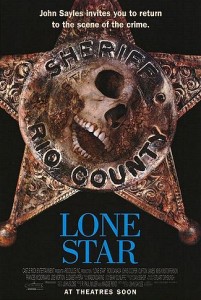 A well-constructed but rather unthrilling mystery thriller (1996) by John Sayles, filmed on location in a Texas border town, with a likable lead performance by Chris Cooper as a laid-back sheriff. The plot is intricate and ambitious, with nine other major characters (played by Elizabeth Peña, Kris Kristofferson, Miriam Colon, Frances McDormand, Joe Morton, Matthew McConaughey, Ron Canada, Eddie Robinson, and Clifton James), various flashbacks, and an exploration of history, corruption, racial persecution, and multiculturalism. The whole thing’s so worthy that I wish I liked it more. It makes time pass agreeably, but Square John still seems about as innocent of fresh ideas (aesthetically and otherwise) as most of his characters, and for this kind of leftist multiplot I found his City of Hope (1991) more engaging. Anecdotal aside: all the black extras in this movie had to be bused in for the filming. 134 min. 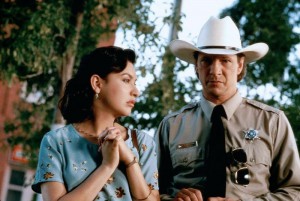 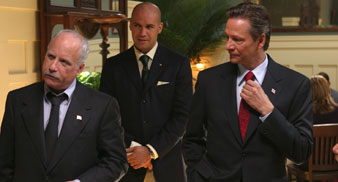 Directed and Written by John Sayles 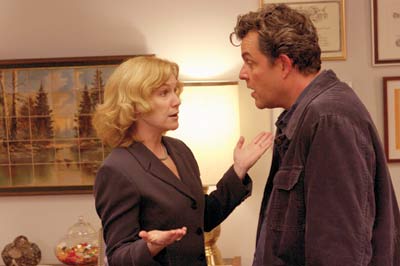 Almost 60 years ago, in the essay “Politics and the English Language,” George Orwell made observations about bad writing that have lost none of their relevance. “As soon as certain topics are raised, the concrete melts into the abstract and no one seems able to think of turns of speech that are not hackneyed: prose consists less and less of words chosen for the sake of their meaning, and more and more of phrases tacked together like the sections of a prefabricated hen-house,” he wrote. “The attraction of this way of writing is that it is easy. It is easier — even quicker, once you have the habit — to say In my opinion it is a not unjustifiable assumption that than to say I think.”

Ready-made phrases in the news — “smoking gun,” “weapons of mass destruction,” “war on terror” — tend to hurry listeners or readers along instead of encouraging them to think.… Read more »

Born On The Fourth Of July 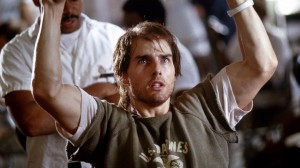 Ron Kovic’s autobiography, which recounts his conversion from patriotic enlisted marine to crippled demonstrator against the Vietnam war, isn’t a very literary book, although it uses some very literary devices (frequent time leaps, switches between first and third person) to approach the intensity of the traumas it deals with. Oliver Stone’s well-intentioned but faltering 1989 adaptation, scripted by Stone in collaboration with Kovic and starring Tom Cruise, eschews this approach for an episodic linear plot that doesn’t allow us to see Kovic’s conversion develop with any complexity. (As he showed in Platoon, Stone knows a lot about fighting in Vietnam, but he knows much less about being an antiwar activist, which is equally important to Kovic’s story; the movie’s demonstrations tend to be as blurry and as cliched as its nostalgic evocations of the American dream.) Stone’s unfortunate penchant for psychologizing leads to a number of murky suggestions here, such as the notion that Kovic’s warmongering instincts were somehow tied to the refusal of his mother (Caroline Kava) to let him read Playboy. Worst of all, the movie’s conventional showbiz finale, brimming with false uplift, implies that the traumas of other mutilated and disillusioned Vietnam veterans can easily be overcome if they write books and turn themselves into celebrities.… Read more »