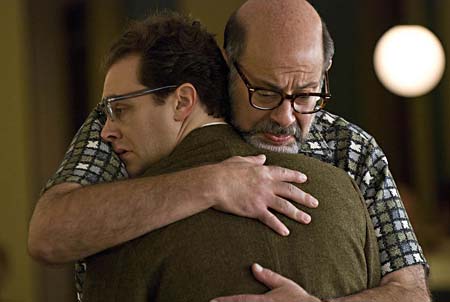 As for their penchant for stylistic pastiche, what’s most striking to me about the behavioral freakishness and geekiness on display here is the degree to which they seem to derive in this case from a non-Jewish model — specifically, David Lynch’s very WASPy Eraserhead. (If memory serves, the only other time that the Coens went in for Jewish stereotypes was in Barton Fink, and then their principal stylistic guides, Polanski and Kubrick, were both Jewish and specifically Eastern European in their gallows humor.) The clearest sign of this appropriation is the way Amy Landecker’s super-seductive Mrs. Samsky (see below), mannerisms and all, replicates the hero’s sultry, heavy-breathing next-door neighbor in Lynch’s first feature, but other examples can surely be found, above all in the battery of alienation effects.

Many of these alienation effects can be related directly to Michael Stuhlbarg’s performance as Larry Gopnik, but the Coens manage comparable or even better effects with various rabbis and school officials — not to mention a dentist in the film’s funniest and most digressive interlude, which surpasses even the various dream sequences. [11/14/09] 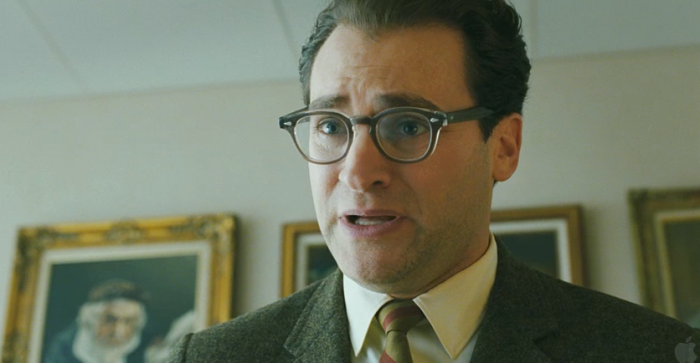