This appeared in the June 11, 1993 issue of the Chicago Reader; I’ve also appended an irate response from a reader that appeared in a subsequent issue, along with my response. –J.R. 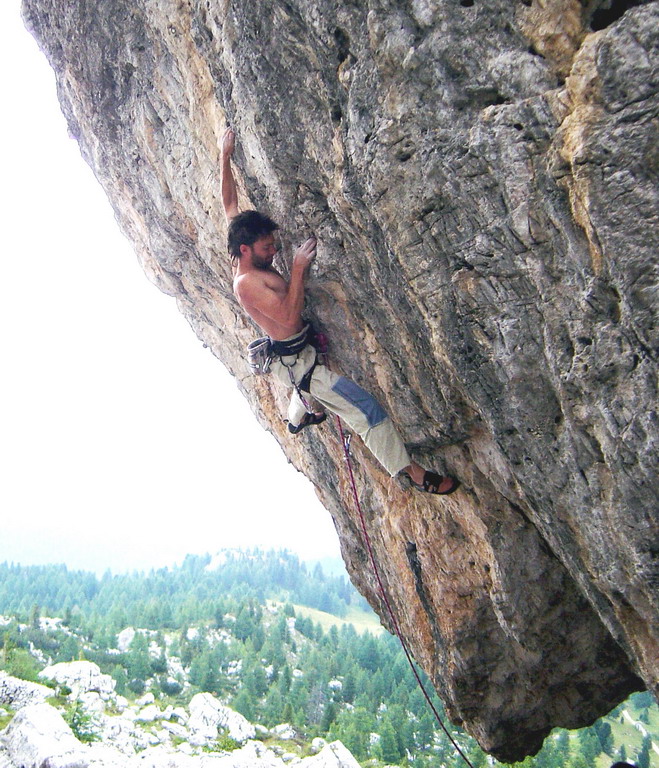 Kitsch is the daily art of our time, as the vase or the hymn was for earlier generations. For the sensibility it has that arbitrariness and importance which works take on when they are no longer noticeable elements of the environment. In America kitsch is Nature. The Rocky Mountains have resembled fake art for a century. 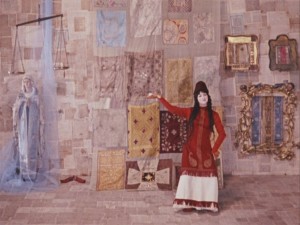 The late Sergei Paradjanov’s greatest film, a mystical and historical mosaic about the life, work, and inner world of the 18th-century Armenian poet Sayat Nova, has previously been available only in the ethnically “dry-cleaned” Russian version — recut and somewhat reorganized by Sergei Yutkevich, with chapter headings added to clarify the content for Russian viewers. This superior version of the film, recently found in an Armenian studio, shouldn’t be regarded as definitive (some of the material from the Yutkevich cut is missing), but it’s certainly the finest we have and may ever have: some shots and sequences are new, some are positioned differently, and, of particular advantage to Western viewers, much more of the poetry is subtitled. (Oddly enough, it’s hard to tell why the “new” shots were censored.) In both versions the striking use of tableaulike frames recalls the shallow space of movies made roughly a century ago, while the gorgeous uses of color and the wild poetic conceits seem to derive from some utopian cinema of the future, at once “difficult” and immediate, cryptic and ravishing. This is essential viewing (1969). Facets Multimedia Center, 1517 W. Fullerton, Friday and Saturday, July 16 and 17, 7:00 and 9:00; Sunday, July 18, 5:30 and 7:30; and Monday through Thursday, July 19 through 22, 7:00 and 9:00; 281-4114.… Read more »