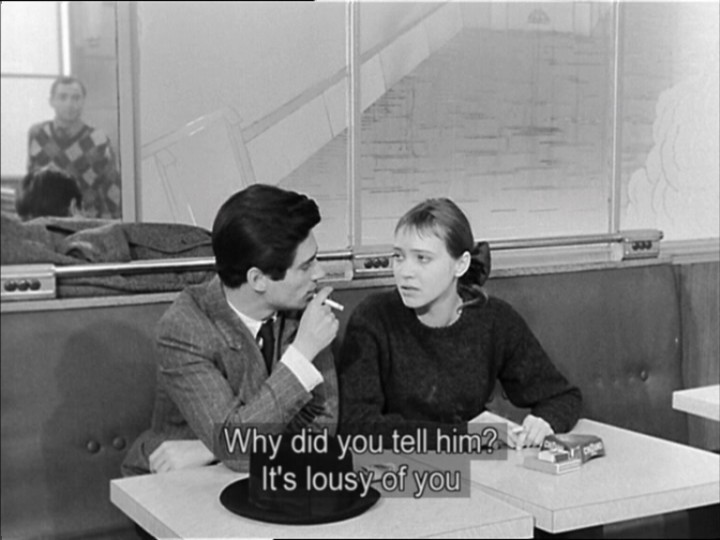 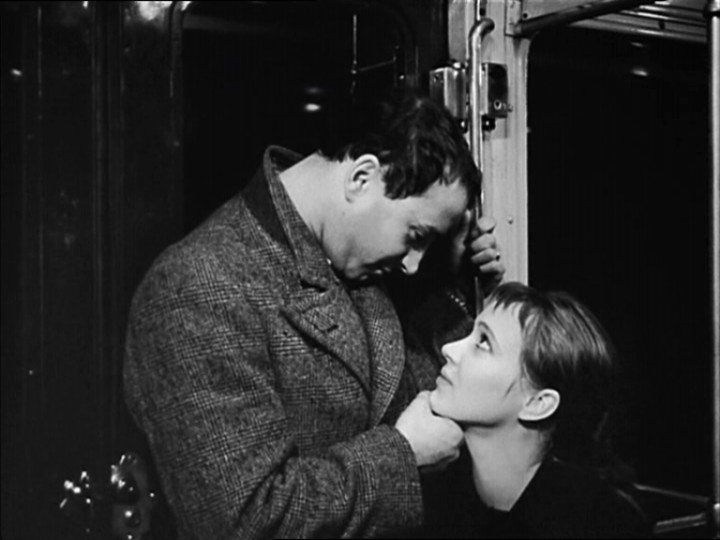 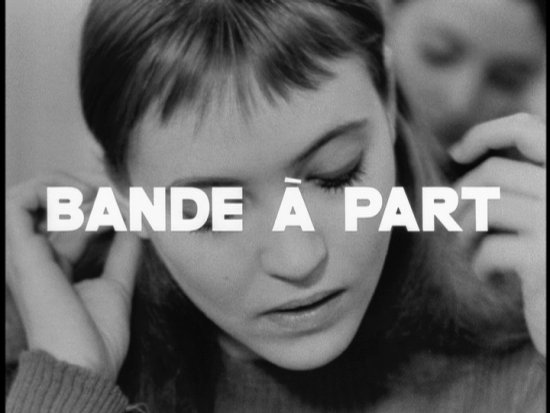 To gauge the historical significance of Jean-Luc Godard’s Band of Outsiders (1964) — getting a week’s run in a lovely new print at the Music Box  — it helps to know that it was made four years after François Truffaut’s Shoot the Piano Player and three years before Arthur Penn’s Bonnie and Clyde. Both Band of Outsiders and Shoot the Piano Player are low-budget black-and-white French thrillers adapted from American crime novels translated into French for the celebrated Serie Noire collection, and they were abject box-office flops on both sides of the Atlantic — though today they embody the glories of the French New Wave in a good many people’s minds. By contrast, Bonnie and Clyde, a Hollywood movie in color that was profoundly influenced by these two films, was a huge success, and its lyrical depictions of violence changed the direction of American cinema.

All three films are mixtures of tragedy and farce, violence and romance, with an uncertain emotional tone. When Band of Outsiders and Shoot the Piano Player were first released, audiences didn’t know what to make of this mix, but when they saw Bonnie and Clyde they were exhilarated by its ambiguities.… Read more » 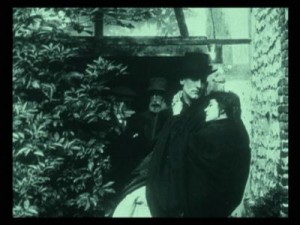 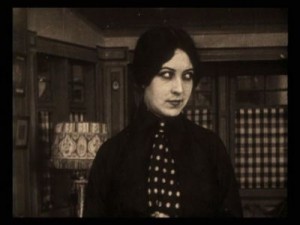 In this breezy, dreamlike 1917 French serial, an enormous pack of hounds runs with the car of the dorky title hero (René Cresté) as he drives around the Paris suburbs in his flowing black cape, righting wrongs and generally taking care of business; one of these dogs even rings the gate bell for him at one of his stops. These glorious, goofy mutts are emblematic of what makes Louis Feuillade a greater director of popular cinema than Spielberg or Lucas; his serials from the teens may be the greatest of all adventure films, representing the essence and peak of fantasy filmed on real locations. Less sublime or mysterious than Les vampires or Tih Minh (which is even better), Judex proved to be a bigger hit than either, and even spawned an inferior sequel. The surveillance camera/TV/mirror inside Judex’s secret cave, relentlessly tracking the banker villain in his cell, presaged Lang’s Mabuse, Orwell’s Big Brother, and all the versions of Batman, and marks the genteel Feuillade, a spiritual contemporary of Lewis Carroll, as one of the inventors of 20th-century paranoia. It all runs more than six hours, but there’s not a better movie in town.… Read more »