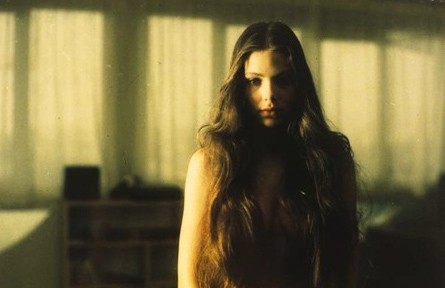 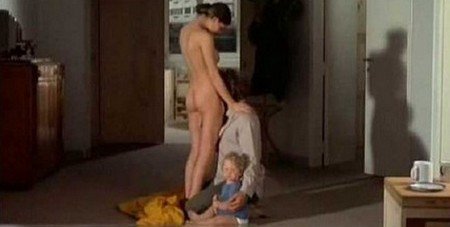 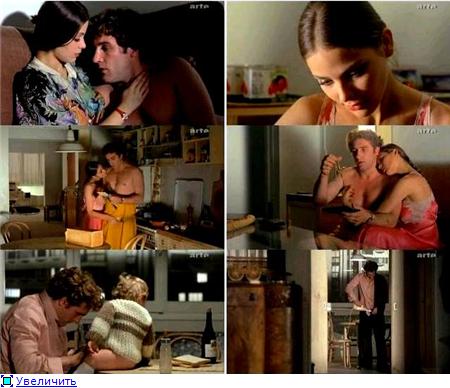 Gérard, a young engineer whose wife, Gabrielle, has recently left him, meets Valérie, the attractive teacher at the factory nursery where he goes to collect his thirteen-month-old son Pierrot, and invites her home with him; she agrees, and is assured by her lover Michel thathe won’t interfere. After they make love, Gérard leaves Pierrot with his friends Valérie and Benoite so that he can take Valérie to a night-club. Valérie calls Michel from the night-club and goes off to see him; when she returns to Gérard’s high-rise flat, he jealouslv insists on masturbating instead of making love to her. In the morning, Gabrielle visits with her friend Anne-Marie and Gérardtries to throw them out. Valérie’s trunk is brought to the flat, and Gérard opens it in her absence to examine its contents; when Valérie returns and discovers this, she phones Michel in disgust and says she wants to leave. Gérard tries to pick up another woman at a shopping mall; returning home, he finds Michel there with Jane, a newly acquired lover, and learns that Michel is unwilling to take Valérie back. Valérie decides to stay temporarily with Gérard. Building a toy cannon for Pierrot, Gérard argues that male dominance and a man’s penis is everything, and scoffs at Gabrielle’s feminist activities. After telling Valérie that he’ll refrain from having sex with her to prove his love, he tries unsuccessfully to seduce Benoîte; Valérie agrees to make love with him, and they stay briefly at an expensive hotel. After a heated quarrel, Valérie hits Gérard with a hammer and he slaps her. Later, after repeating Valérie’s accusation that he’s one of the patriarchs of families that no longer exist, Gérard cuts off his penis with an electric knife; he cries out in pain while Valérie,who holds a wailing Pierrot, also screams. 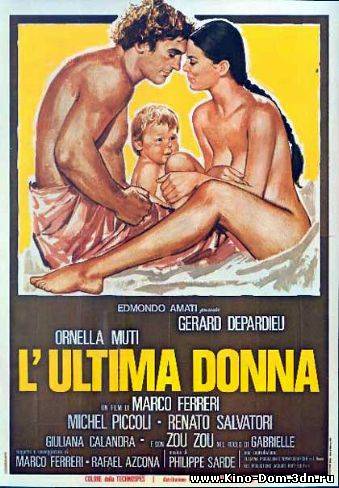 An honest and deeply felt expression of psychic imprisonment, Marco Ferreri’s The Last Woman — hampered somewhat by subtitles that are rather interpretative and approximate — is at once enhanced and restricted by the director’s intuitive methods. Enhanced because his loose improvisational manner habitually opens up the apparent subjects of his films into sprawling behavioural frescos, granting his characters and plots all the elbow-room they need to stretch out comfortably and creatively inside a thesis; restricted because the theses themselves usually turn out to be somewhat confused and shallow. In La Grande Bouffe, it was the ambivalent parable about consumer society consuming itself to death, which an audience was invited simultaneously to condemn and giggle at; in Touche pas la Femme Blanche (still unseen in the U.K.), it was the false good idea of staging a Third World Western parody in the wreckage and craters left by Paris’  dismantled wholesale fruit and vegetable market — a conceit enlivened only by the spirited acting, which suggested the frolics of children in a sandbox. Gérard in The Last Woman, inventively played by Gérard Depardieu, is no less childish and oafish than many of Ferreri’s other earthy heroes as he rants and raves about his obsession with his and his infant son’s penis, lording over his flat like an overgrown baby himself’. If the director sees to it that Valérie (Ornella Muti) feeds Gérard all his key lines (“You’re the patriarch of a family that no longer exists”), it is none the less apparent that he is the only one in the film who can properly be called a character; everyone else serves as a foil to his manic self-absorption. Yet thanks to Ferreri’s own obstinacy in pursuing this monotonous phallocratic theme, the film conveys a powerful sense of bearing witness to itself; even the dogged literalness with which this theme is ‘fleshed out’ — the emphasis on Depardieu’s nudity throughout, the graphic self-immolation at the end – clarifies the degree to which the film’s overriding sensibility can be couched only in terms of pure physicality. And it is on the physical rather than the intellectual plane that the film achieves something; on the sheer tactile level of settings (plastic French suburbia in a high-rise wasteland) and characters (man, woman and child), it carries a raw assertiveness that is rare in modern cinema, a kind of candour whose ultimate expression can perhaps be found only in Pasolini’s remarkable Salò. Ironically, this physicality in both films is permitted to exist only by assuming the form of a parable in a world defined by its isolation from the one we usually know: Gérard is significantly never seen at work, and the various time ellipses suggest that the narrative follows an inner logic not bound by the usual requirements of plot. “I don’t understand women, I have a masculine vocabulary, I was formed, brought up in a masculine culture”, Ferreri states in a recent Cahiers du Cinéma, voicing much the same circular solipsistic argument that Gérard advances. In Dillinger is Dead, a similar sense of frustration led to casual murder and dream-like escape. Here it comes face to face with its own contradictions, which it is then incapable of going beyond, so that the hero’s removal of his organ becomes merely one final, desperate way of asserting its importance. But the film’s real tragic absence is the family, which is kept perpetually out of reach; the three cries at the end remain painfully separate. 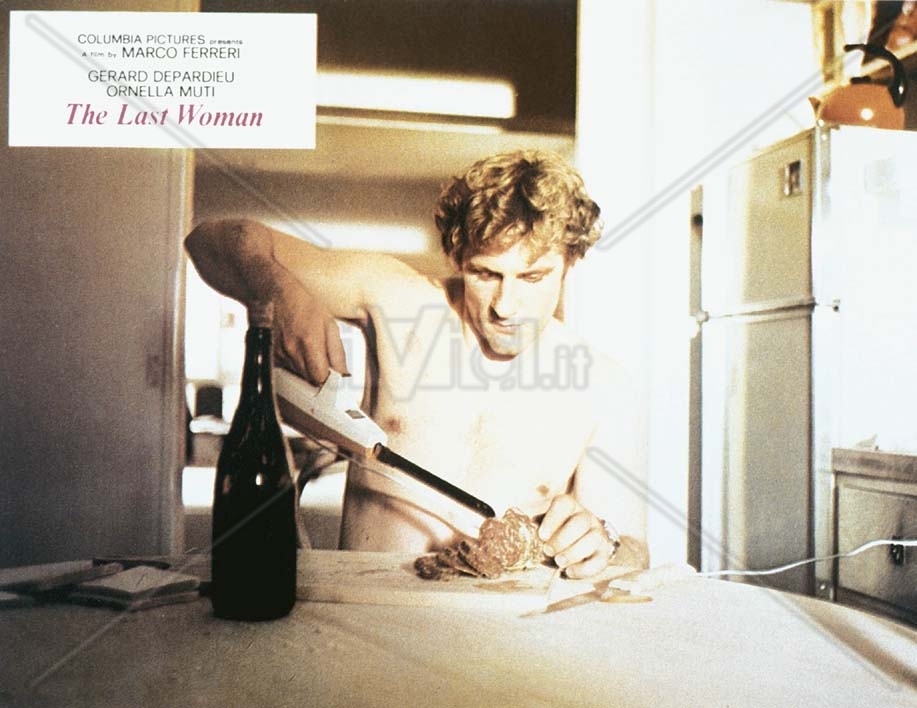