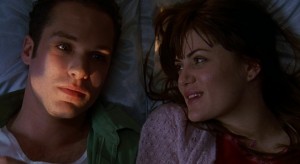 There are so many curves and anomalies in this unpredictable low-budget independent feature (2001) by Chicago actor Michael Gilio that I’m tempted to call it an experimental film masquerading as something more conventional. If it’s a comedy — and I’m not sure it is — there are far too many close-ups, though this is also very much an actors’ film. If it’s a road film — and I’m not sure it is — it never gets very far on any given route, though that’s surely deliberate. Two characters (played by Gilio and Bullet on a Wire‘s Lara Phillips) are opaque — they meet at a convenience store where she’s shoplifting, then go on a cross-country trip toward LA, until things start to get weird — and two (played by Karin Anglin and the charismatic Rich Komenich) have backstories. This movie is about the interactions between these characters, and though I’m still trying to figure out what all the pieces mean, there’s no way I can shake off the experience. 111 min. Roger Ebert will introduce the film and join Gilio for a discussion after the screening. Wed 6/29, 8 PM, Gene Siskel Film Center. 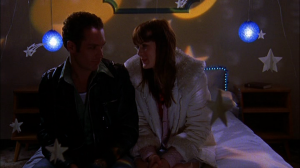