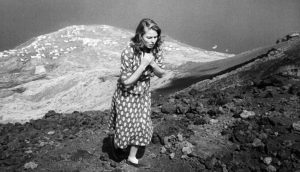 Roberto Rossellini’s first filmic encounter with Ingrid Bergman, made in the wilds in 1949 around the same time the neorealist director and the Hollywood star were being denounced in the U.S. Senate for their adulterous romance. Widely regarded as a masterpiece today, the film was so badly mutilated by Howard Hughes’s RKO (which added offscreen narration, reshuffled some sequences, and deleted others) that Rossellini sued the studio (and lost). The Italian version, which Rossellini approved, has come out on video, and this rarely screened English-language version is very close to it. A Lithuanian-born Czech refugee living in an internment camp (Bergman) marries an Italian fisherman (Mario Vitale) in order to escape, but she winds up on a bare, impoverished island with an active volcano, where most of the locals regard her with hostility. The film is most modern and remarkable when the camera is alone with Bergman, though Rossellini wisely shows neither the wife nor the husband with full sympathy. Eschewing psychology, the film remains a kind of ambiguous pieta whose religious ending is as controversial as that of Rossellini and Bergman’s subsequent Voyage to Italy (though its metaphoric and rhetorical power make it easier to take).… Read more » 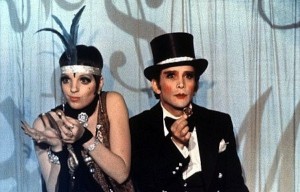 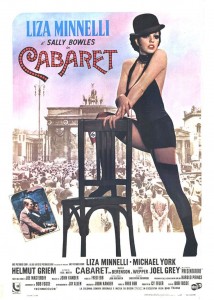 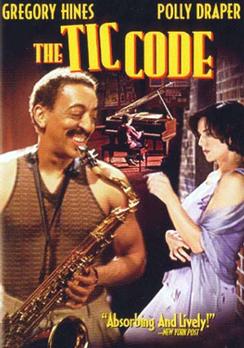 It’s possible to capture certain aspects of jazz performances in words, as critic Whitney Balliett and novelist Rafi Zabor (in the wonderful The Bear Comes Home) have amply demonstrated. But what film can do poetically with jazz solos is much less certain. It might be argued that most films and most jazz solos have stories to tell, but getting their stories to coincide is not an easy task.… Read more » 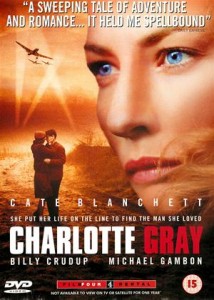 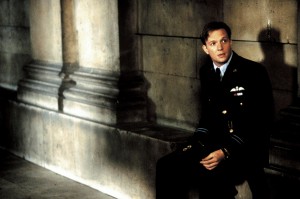