A Motivated Author [on THE MOTIVE] 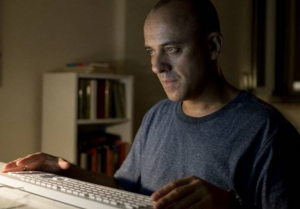 Adapting a novella of the same title by Javier Cercas (available in English in the 2006 volume The Tenant and the Motive, translated by Anne McLean for Bloomsbury Publishing), writer-director Manuel Martín Cuenca’s black comedy about the lures and potential perils of yarn-spinning focuses on a hapless and naïve bureaucrat in Seville named Álvaro (Javier Gutiérrez) working as a notary clerk and longing to be a serious and successful novelist, unlike his author wife Amanda (Maria Léon), who writes best-selling but unserious novels (at least according to her husband). 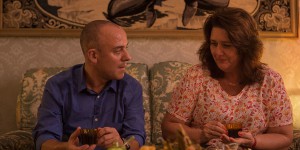 Curiously, the Spanish title of both the novella and the film, El Autor, means “the author,” not “the motive” (the English title of both). But it must be conceded that Álvaro is a highly, even willfully and monomaniacally motivated author as well as a rather stupid sociopath. Taking a writing course from a testy and critical teacher named Juan (Antonio de la Torre), who berates his clichéd prose, he leaves his wife after he discovers via their pet dog that she’s having an affair and, after his boss, noticing his distractedness, urges him to take an extended vacation, moves into a flat of his own to concentrate full-time on writing his first novel. But when Juan tells him to take his inspiration from the life around him, the fact that he has no life of his own apart from his writing goads him into spying on his neighbors in the building or else gathering information about them by other means in order to arrive at his characters and plot.

Part of what’s so distinctive about the film is the way that Cuenca contrives to implicate the viewer in Álvaro’s questionable activity in terms of both his sounds    and his images. A major strand in his plot comes from a Mexican immigrant couple, Irene (Adriana Paz) and Enrique (Tenoch Huerta), whose conversations he overhears from his bathroom, and because we share his eavesdropping, accompanied by suggestive shadows, we too are encouraged to spin out diverse    plots about these characters. Enrique is downsized from his job, but after Álvaro learns from a legal friend that Enrique could sue his former employer, Álvaro chooses to withhold this information from Enrique in his efforts to plant the idea of Enrique murdering a xenophobic Franco-ist upstairs neighbor (Rafael Tellez) — with whom Álvaro periodically plays chess–in order to steal his hidden fortune. In terms of Cuenca’s images, Álvaro’s all-white apartment (and the all-white prison where he ultimately winds up) suggest the empty pages that he’s trying to fill up, another invitation to our imagination. 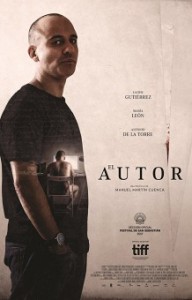 The world conjured up by Cuenca around this premise is both cheerfully jaundiced and sarcastically inflected in the various ways that it effectively either blocks us as spectators from identifying with characters (such as Juan or Amanda) apart from Álvaro or else fools us into taking certain sympathetic attitudes when we’re misguidedly and strategically moved to identify with other characters (mainly Irene and Enrique). Interestingly enough, my other favorite film at the Toronto festival this year, not one of the competitive candidates—Sara Driver’s documentary Boom for Real: The Late Teenage Years of Jean-Michel Basquiat—also works from the implicit premise that everyone’s an artist. But whereas Driver’s use of talking heads all sharing the same discourse and treated as equals suggests a sort of socialist utopia in New York’s Lower East Side during the late 1970s, sharing and nurturing the same artistic and humanistic values, The Motive seems to view its own Seville-based turf as a jaundiced capitalist dystopia where everyone’s either a scoundrel or a dupe. 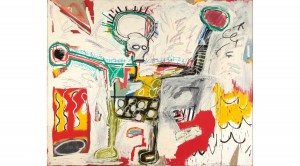