Written for and published in 10 To Watch: Ten Filmmakers for the Future, edited by Piers Handling and designed to accompany a program of films shown at the tenth anniversary of the Toronto Festival of Festivals in the fall of 1985. This was most likely the first time I attempted to write about Ruiz’s work at any length. –- J.R. 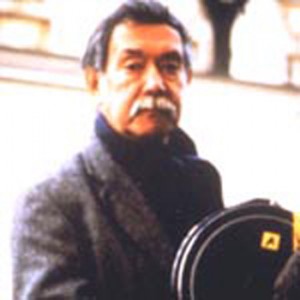 The sheer otherness of Raúl Ruiz in a North American context has a lot to do with the peculiarities of funding in European state-operated television that makes different kinds of work possible. The eccentric filmmaker in the U.S. or Canada who wants to make marginal films usually has to adopt the badge or shield of a school or genre — art film, avant-garde film, punk film, feminist film, documentary or academic theory film — in order to get funding at one end, distribution and promotion at another. Ruiz, on the other hand, needs only to accept the institutional framework of state television — which offers, as he puts it, holes to be filled — and he automatically acquires a commission and an audience without having to settle on any binding affiliation or label beyond the open-ended framework of “culture” or “education”. Consequently, the sheer existence of Ruiz’s massive, varied work constitutes a genuine affront to the capitalist definitions of experiment governing our own culture. An obsessive tinkering into possibilities that successfully evades most of the ghetto classifications we assign to marginal works, the Ruiz oeuvre strikes us as “too much” or “too little” precisely because we can’t file it away — even if it arguably constructs on occasion a new European ghetto of its own.

For all their differences, every Ruiz film or tape seems to combine some aspect of the laboratory and the playpen, usually redefining what we mean by ‘serious” and “unserious” in the process. HaIf bricoleur, half enfant terrible, Ruiz recalls the exemplary careers of Godard and Warhol, not only through the sheer size of his output but also through the unsettling combination of professionalism and amateurishness. Next to Godard’s you-can-put-anything-in-a-film and Warhol’s anyone-is-an-actor credos, Ruiz’s strategy of subverting his adopted formats from within creates a parallel form of mock seriousness where almost anything can be said or done with relative impunity.

To understand how Ruiz has arrived at such a position, one must first consider where he comes from. A Chilean born in 1941 in Puerto Montt who studied theology and law (perhaps the two subjects most governed by institutions), he significantly made his first serious foray into the arts via institutional funding — a Rockefeller grant which allowed him to write over a hundred plays between 1956 and 1962. After writing a couple of unrealized film scripts, he attended film school in Santa Fe, Argentina for a year. eventually rebelling against the dogma “that it was the duty of every human being in Latin America to make documentary films” by quitting in l967 to embark on an ambitious feature in Buenos Aires, loosely inspired by a Daphne du Maurier novel, which was never finished. (Like many of Ruiz’s Chilean works, it is a lost work in more ways than one; the whereabouts of the only print are currently unknown.) 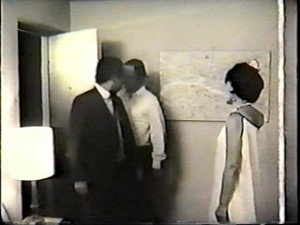 Then Ruiz wrote and directed Tres tristes tigres, adapted, from a play by Alejandro Sieveking — a film with no relation to G. Cabrera Infante’s epic Cuban novel of the same name — and won the Locarno Festival’s Grand Prix with it in 1969. Then came an abortive collaboration on a Chilean/American co-production (Que hacer?) and a 16 mm feature suggested by Kafka’s “In the Penal Colony” (La Colonia Penal), followed by his first TV commission, Nadie dijo nada – a free adaptation of a Max Beerbohm story for Italy’s R.A.I. which he managed to complete under budget, thus allowing him to make his next two features: the hour-long La Expropriacion and the nearly four-hour El Realisma socialista. Over the same two years, Ruiz made three shorts for Chilean TV, a feature based on a best seller (Palomita blanca, “a kind of Love Story…read by one million people, which is 10% of the Chilean population”) which was subsequently cut and banned for export, an hour-long documentary about the casting of the young female lead of the latter, and an additional short. Then came the military coup of September 1973, and with it Ruiz’s exile: he moved to Paris in February 1974. 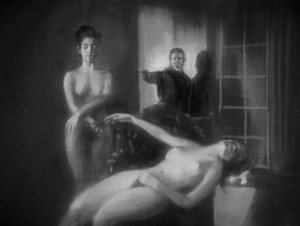 Since then, he has gradually come into his own as a writer-director in almost continual production thanks to state TV commissions in France, Germany, Holland and Portugal — yielding a flurry of activity that has particularly increased in the l980s. His first prestigious European film, L’hypothèse du tableau volé helped to establish the Borgesian side of his reputation by positing a playful metaphysical system as the basis of his fantasy and suggesting a subtle camp irony lurking behind the taste for academic pedagogy, fanciful English storytellers (from Coleridge to Carroll to Stevenson to Chesterton), and notions of the narrative as impenetrable labyrinth. This literary aspect of Ruiz would seem to place him within hailing distance of the European art film, but the camp mockery of the latter’s forms of seriousness, consistency and craft invariably prevent this identification from taking hold. (The affinity noted by many critics with low-budget Welles films such as Mr. Arkadin and The Immortal Story may come closer to the mark, at least regarding transgressive camera angles, compulsive globetrotting, flashbacks and other fabulist forms of address, and “irresponsible” production values. ) To greater or lesser extents, all Ruiz works are closet comedies bent on undercutting whatever forms of solemnity threaten to congeal discourse into predictable patterns of illusion-making, ideology, editorializing and/or generic complacency; but apart from certain shorts, none of them is an overt comedy either, so that the relative security of that genre is no less remote. 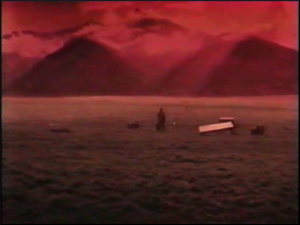 It’s partially the strategy of the political exile to elude categorical imperatives; to be categorized, after all, is the first step towards being labeled an undesirable. From this standpoint, the flippant whimsy of Ruiz is comparable to the irony of Nabokov, which holds many of his meanings perpetually in check. With everything theoretically open to contradiction and assault, a Ruiz documentary like De grands événements et des gens ordinaire quickly becomes a dismantling of the documentary form itself, and a fiction about the Third World like Het Dak van de Walvis/On Top of the Whale becomes a satire about the imagination in which Holland stands in for Patagonia and six languages are spoken (one of them invented! ) to compound the sense of conflicting cultural systems. Even a fairly straight compendium of French history for French TY (Petit manuel d’histoire de France) has its moments of near-madness as Ruiz, rather than seek to limit historical and representational clichés, pushes them to the near-breaking point; and his brilliant children’s adventure stories such as La ville des pirates become shocking explosions of violent poetic conceits motored by an unbridled surrealist inventiveness. (Like the formula proposed in Godard’s Made in U.S.A., they are “Walt Disney plus blood,” not children’s films at all.) Whether they’re time bombs about to detonate or supposedly conventional clocks which refuse to tell time, Ruiz’s films are impossible objects designed to sabotage functional environments — including the institutions that foster them. 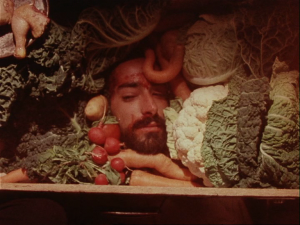