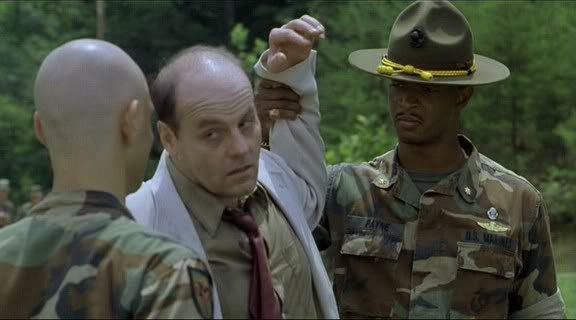 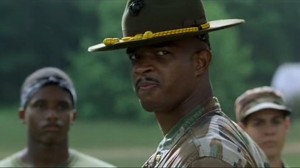 It’s hard to remember when the mainstream releases have been as dismal as the offerings of the past few weeks. Admittedly, I haven’t seen everything, so it’s possible I missed the odd trick or two. But the rewards of The Quick and the Dead, Federal Hill, The Walking Dead, Losing Isaiah, Outbreak, Shallow Grave, Tall Tale, Circle of Friends, Bye Bye, Love, Candyman: Farewell to the Flesh, Muriel’s Wedding, and Major Payne have been so paltry that I’ve been reluctant to search out further punishment. If there’s an element that unites this disparate dozen, it’s an absence of characters — an absence stemming from a lack of consistent vision of what characters are supposed to be. In place of characters we usually get clay figures that are reshaped–dressed up with different traits and motivations, overhauled for fresh narrative situations — whenever it suits the filmmakers’ game plans. Part of the problem stems from the helter-skelter way commercial movies are made nowadays — a process much closer to organizing a fund-raising bash than to fashioning a piece of sculpture. Another part seems to come from a constant undercurrent of anxiety about what are “correct” images for racial minorities and women. A third factor — especially operative in The Quick and the Dead and Major Payne — is the recent practice of stars doubling as executive producers, which often means that actors have the freedom to muck around with scripts, interfere with directorial agendas, and scatter consistency to the winds.

What these clay figures do nearly always seems to matter much more than who they are. In most of the films they temporarily become characters, but then they get warped, either by their mandated generic functions — their responsibility to generate uplift, or solicit pity or derision, or produce laughs, or inspire identification — or by the passing whims of the filmmakers (production executives included). Even ugly duckling Muriel and her bullying dad in Muriel’s Wedding — perhaps the closest thing to real characters in the above lineup, though they’re surrounded by shrieking gargoyles — oscillate wildly between grossly caricatured scapegoats to be hooted at and thinking individuals designed to confound all our crass expectations. It’s impossible to take them as both without insulting them and ourselves, but that’s what the movie cheerfully requires.

Typically the filmmakers’ sense of what they think an audience wants winds up counting for more than any sense of a character’s autonomy. The three leads in Shallow Grave, sculpted to exude hip indifference, gradually reveal their repressed sensitivities, but then the horror scenario obliges them to turn callow again; whatever continuity survives has more to do with calculations of audience response than with the personality of any character. In both Losing Isaiah and Candyman the racial positioning of key figures essentially winds up taking the place of characterization; self-consciousness about correct images effectively yields a kind of enforced blankness that not even good actors (like Jessica Lange and Halle Berry in Isaiah) are capable of filling. And when it comes to the standard cutout parts of Outbreak and Tall Tale, the difference even a star can make is negligible; if Dustin Hoffman (the hero in Outbreak) and Patrick Swayze (Pecos Bill in Tall Tale) switched their cliche parts nothing of any consequence would be altered; the same would be true if Randy Quaid and Paul Reiser changed places in Bye Bye, Love. 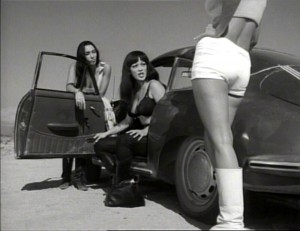 This isn’t to suggest that these problems are new. Take a look at Russ Meyer’s 1965 Faster, Pussycat! Kill! Kill! (also opening this week), a delirious camp item whose sole distinction — pace John Waters — is its attention to iconic comic-book images rather than characters. Several weeks back B. Ruby Rich wrote in the Village Voice that this movie was stridently sexist when it came out but has miraculously become lesbian-hip today — implying not so much a sea change in her own standards as a conviction that if the right audience goes for it it must be good. (Her implication is that she was right in the mid-60s and is equally right today — meaning tough luck for any lesbian who unfashionably happened to like the movie 30 years ago.) As a screen for an audience’s fanciful projections, the movie surely caters to diverse sexual persuasions now as it did back then (though check out the drooling male voyeurs at the beginning for a bit of irony about the originally targeted audience). But it’s not a story in which any of the figures, male or female, makes a modicum of sense; it’s a ludicrous contrivance made up of bodies, one-liners, and poses. 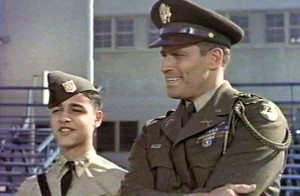 Major Payne, starring Damon Wayans, is a remake of The Private War of Major Benson (1955), starring Charlton Heston. I can no longer recall whether I saw the original, and if I’m still around 40 years from now I doubt whether I’ll be able to recall seeing Major Payne.

Initially the title character of Major Payne makes some provisional sense as a satirical portrait of a marine-trained killing machine. We spot him first in South America in a drug-busting operation, kicking butt to the strains of “Bad to the Bone.” Then we see him being discharged at Camp Pendleton after fighting in Panama, Iraq, and Kuwait, the implication being that his gung-ho blood lust has become something of an embarrassment in a “peacetime” army. This premise is milked for a laugh or two as Wayans, holed up in an apartment, does a parody of Martin Sheen at the beginning of Apocalypse Now, laments that he hasn’t killed anyone in two weeks, and finally winds up frying a rat in a skillet. After another comic mishap he’s offered “a way back into the military” — coaching junior ROTC at a prep school that has been placing last in Virginia’s military competitions. 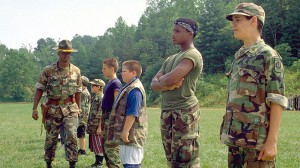 Treating his recruits of all ages (roughly 6 to 19) as if they were hardassed marine recruits out of Full Metal Jacket, Benson Payne immediately alienates all of them, despite the mainly doomed efforts of a psychologist at the school (Karyn Parsons) — the movie’s putative romantic interest — to get him to be more sensitive. After the students try to antagonize him into leaving the school, he finally agrees to go if they win a trophy at the state military competition. Predictably he’s called away to serve in Bosnia before he can finish training them, and just as predictably the undisciplined boys, overcome by this sudden and unexpected loss, decide to train themselves. Still more predictably Payne winds up forfeiting his stint in Bosnia to see his boys win their trophy and to go on training other recalcitrant little squirts at the same school. I call it a school because that’s what the movie calls it, though as far as I can see there are no teachers and no classes and boys of all ages sleep in the same barracks. In other words, it’s an absurdity, and so is Payne. At best he’s a high-concept clotheshorse designed to hang various gags or scenes on, a premise for a few stand-up routines by Wayans — and most of the time “low concept” would be a better description. We know nothing about him prior to his marine career, and nothing in the role or in the rest of the movie provokes our curiosity; the minute we have to stop and wonder who he actually is he evaporates.

All this might have worked in a limited way if the movie at least had a consistent attitude–toward him, toward the school, toward militarism, toward anything — but it can’t be bothered with such niceties. Broadly speaking, the movie seems to start off by making fun of Payne as a crazed killing machine without any brains — a creepy notion for comedy perhaps, but at least a notion. Then it periodically decides in certain noncomic scenes that maybe he does have brains and that maybe crazed killing machines are appropriate role models for little boys. Similarly, at one juncture he’s an uptight loner with no outside interests; at another he’s goofing his way across a dance floor in a white uniform like John Travolta or Jerry Lewis on speed.

Back in the 50s John Ford could do a fair job of wrestling with the tragicomic possibilities of men defined and therefore limited by their military careers, and he generally expressed a fair amount of ambivalence about them. But the problem with this movie isn’t ambivalence, because nothing has been sufficiently established, either morally or psychologically, for the filmmakers — or the audience — to feel ambivalent about. Indeed, when the oldest cadet’s drunken father briefly turns up for a noncomic scene and when William Hickey (as the school director) flits by as a goofy butterfly collector, they both look like they’ve strayed in from other movies — each of which appears to have a more coherent agenda than this one. 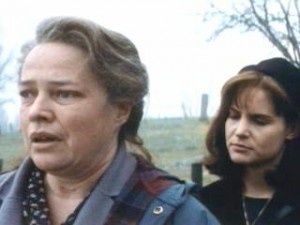 PS: After writing most of the above I went to see a preview of Dolores Claiborne, also opening this week — a good, old-fashioned melodrama with all the stops out, a well-constructed script, and a fabulous performance by Kathy Bates. It’s a movie packed with characters, most of them two-dimensional (apart from Bates) and generically motivated, and all of them pretty unpleasant. But they’re real characters, not just bodies and lines. Maybe, as in Nobody’s Fool, it’s the particularized small-town setting, with its local accents and customs, that makes all the difference.